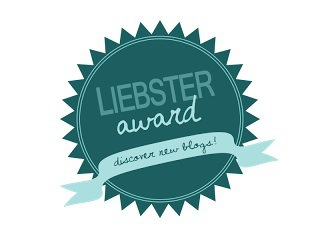 I actually had no idea that this was existed until just now, because I’m not really In The Know about these sorts of things. However, the fabulous Brittany who runs the equally fabulous San’in Monogatari nominated me for this award, and I’m only too happy to participate. For those readers also unfamiliar, here’s the idea:

The Liebster award is intended to give some exposure to small blogs with less than 200 followers. The rules are as follows:

My 11 questions as provided by Brittany:

1. What inspires you to blog?
For me, anime is a hobby that I enjoy most when I share it with others. So briefly put, what inspires me to blog is that I feel like I can have a genuine discussion with people who share some of the same geeky passions as I do.

2. What do you hope readers take away from your blog?
I hope that newer anime viewers can find out more about what it is that they’re watching, but mostly I just hope that people can feel the same way about anime as I do – namely, that even if they’re watching by themselves, they’re not alone.

3. In a world without the internet, how would you try to accomplish the above?
I have had and still do have pen pals. It’d obviously take far longer, but I’d like to think that in a nightmarish world without the internet, I’d still be able to reach out to others and that others would take the time to reach out to me, simply to talk about anime. Indeed, this used to be a big part of the fandom back in the day, so it’s certainly possible.

4. Would you rather live in the mountains or by the beach?
The beach. I actually really love the mountains, but I’m also a swimmer from way back.

5. What food are you proud you tried, but would never eat again?
I’m not sure I’ve eaten anything that could be considered really out there. I’d give (just about) anything a try though.

6. Do you have any interesting stories behind any scars?
You know how parents warn their kids not to jump on the bed? Yeah. I have a scar on my forehead from when I crashed into the headboard when I was about 5.

7. How would you pitch your favorite travel destination to someone who has never heard of it?
I haven’t travelled extensively at all, but obviously my heart lies with Japan, and has done for some time. I’d probably emphasise all the things that simply don’t exist for me at home – the vibrant festivals would be a major point, as would the gorgeous temples and shrines that can be found here. Japanese hospitality is something that’s often bandied around as being impressively good… and I’m pleased to say that this is not at all exaggerated. It might sound a little cliché, but it honestly is the people that make this country such a joy to experience.

8. Your camera breaks while you’re on an exciting vacation. What do you do?
Assuming I couldn’t borrow a friend’s, I’d probably buy at least a cheap disposable or something. And I’d write (which I often do anyway, so not too big of a stretch there).

9. However big or small, what’s something you have always wanted to try doing?
I don’t think I’ve had one single thing in mind since childhood that’s stuck with me up until now. But before moving here I always wanted to try living in Japan, and now that I’m actually here I’d really like to try working in another non-English speaking country for a while. Not for some time yet, because I’m having a blast where I am right now, but travel is pretty big on my general list of Things To Do With My Life, and I want to experience that as someone who lives there rather than as a tourist.

10. A favourite childhood memory?
Rushing into the ocean butt naked. Whenever we went on long car trips somewhere to visit relatives or whatever, my parents would try to stop at the beach so we could at least have a nice view while we ate lunch. And if we did stop there, it didn’t matter how cold it was or who was around – my clothes were off before anyone could stop me, and I’d run in just as fast as I could. Luckily I don’t think anyone particularly minded a toddler doing that kind of thing.

11. What person, in any place or time period, would you trade places with for a day?
Someone who I consider intelligent but also definitely odd in some way, because I’d want to know just what goes through their head – or rather, how exactly their head works. To name a few quick examples, I’d probably include Marilyn Manson, Lady Gaga, and Russell Brand on the list.

My own 11 blog nominations:

Anime Audiolog – a blog that posts, among other things, a weekly live show discussing anime and other forms of Japanese media. For those looking for succinct and intelligent discussion about anime in audio rather than necessarily written format, I can think of no better starting point than this blog.

Fantastic Memes – a predominantly anime-centric blog that specialises in posts about character and thematic analysis, particularly of some of the lesser watched shows out there. Froggy’s posts manage to be both thought provoking and hilarious; something that I always highly value.

Fashionable Tinfoil Accessories – Vrai makes bi-weekly posts revolving around pop culture topics that span from essays to episode recaps. Whether it’s anime, video games, or general storytelling, she not only writes well but is also extremely friendly and welcoming.

Geekorner-Geekulture – Guy is an anime blogger from Israel who never fails to bring up some excellent points for discussion in his posts. He’s always willing to chat and I can honestly say he’s one of the best bloggers I’ve found when it comes to forthright communication.

IntrovertJapan – this blog has a focus on general Japanese culture and touches on a wide variety of topics. Poetry, religion, food, travel, the supernatural… you really couldn’t hope for a better blogger when it comes to simple but effective and fun articles about the land of the rising sun.

Perpetual Morning – an anime blogger whose down-to-earth posts I really admire. I find the posts about the on-campus anime club that Perpetual Morning runs especially interesting, although there’s plenty of other topics that are regularly blogged about.

Pirates of the Burley Griffin – a blog made up mostly of satisfyingly detailed anime reviews. You can even request one of your own! Better yet, this blogger is not only a fantastic writer but also often reviews titles that seem to be overlooked by other fans due to their age or relative obscurity.

The Check-in Station – one of my staple blogs I follow, The Check-in Station puts my own paltry efforts in anime blogging to shame. Extremely detailed but never impersonal, I find pretty much every post to be both well-written as well as very open to discussion.

Too Old For Anime – another anime blog that focuses primarily on weekly episode recaps. I admire this blogger’s clever but easy-going writing style a lot, and the sheer number of titles that have been posted about over the years is quite mind-boggling to an anime blogging newbie like myself.

Tsukiyo No Hikari – my immediate go-to blogger when it comes to Japanese music reviews. Alex posts regular reviews of newly released albums that mostly span the pop, rock, and metal genres, and the posts themselves are always a pleasure to read.

Wrong Every Time – storytelling and character writing is this blogger’s main passion, and it shows in every post. Part episode recapper, part critic, and all deliciously fun to read, Bobduh has a talent for taking things apart and putting them back together in genuinely interesting ways.

My 11 questions for said blog nominations:

1. When did you first start blogging, and do you realistically see yourself still blogging in, say, 10 years from now?

2. Describe your favourite country in the world in 3 words.

3. You have to pick one country in which to live for the rest of your life, but it can’t be a country you’ve already lived in before. Or Japan. Where do you choose and why?

5. What was the first television series (anime or otherwise) you ever fell in love with? Nostalgic merits aside, do you still love it today?

6. What’s been the single best and worst television series (again, anime or not) of 2013 so far?

7. If you could have any one superpower, what would it be?

8. What did you want to be when you grew up, and would you still do that if you could?

9. Do/did you play any sports?

10. Have you ever spent more than a couple of days in the hospital?

11. In a world without internet, how would you probably spend the majority of your free time?