It’s been an interesting year for Japanese music. At the beginning of drafting this article I was actually feeling rather daunted, finding myself with a far larger number of titles on my potential top albums list than this time last year – many of which I hadn’t yet had the chance to listen to in full. Fortunately (or unfortunately, as the case may be), I quickly ended up crossing a lot of these off said list when considering my top choices. Plenty of variety there may have been, but comparatively very few of these albums were anywhere near as good as I had gone in expecting. As a result, there are exactly the same number of titles listed here as last year’s selections.

As with last year, I’ve discounted all best of, compilation, EP, live, and cover albums – not because I dislike them or think them insignificant, but simply because I needed to narrow things down if I was to have time to listen to and then write about everything I wanted. Also, there’s no countdown as such here; the only order these are in is by ascending release date.

I should probably say right off the bat that I think this album is decent enough… for a debut release. I’d be inclined to be less generous were this from an artist with more experience, because many of the songs here strike me as fairly average. ‘Innocence’, made more popular from its use as the second opening for the anime series Sword Art Online, is still by far my favourite track, but even that’s beginning to sound rather old by now – as is the catchy but even older ‘Aurora’, the forth opening theme for the Gundam Age anime. But I don’t mean to sound too negative; ‘Overture’ makes for an interesting enough teaser, ‘Senkou Zenya’ mixes things up a little with a more electronic sound, and ‘Avalon Blue’ has a nice kind of intensity to it. ‘Frozen Eyez’ and ‘Reunion’ are both fun and energetic as well. Aoi’s vocals might not be entirely steady just yet, but based on BLAU, I’m happy (at least for now) to view this as having plenty of room to grow.

This marks the fourteenth full studio album by Hamasaki, and I’m happy to say it’s far, far superior to her previous Party Queen. In fact, it probably outstrips Love Songs as well, which is in some respects comparable to Love Again. (And on a purely superficial note, I’ll also add that this is the best Hamasaki has looked since Rock ‘n’ Roll Circus. The casually sun-soaked glamour style genuinely suits her.) With heavy dance and electronic influences and an easygoing summer vibe, what this album lacks in originality it makes up for in some sorely needed consistency. Critics will say that most of the standout tracks here are characterised by club-friendly beats and annoyingly repetitive rhythms, and I can’t really gainsay that, but the fact remains they’re extremely catchy. ‘Wake Me Up’ is the highlight of the album for me, although ‘You & Me’ is similarly appealing in that electro-pop way. ‘Bye-Bye Darling’ is a great track for fans of Hamasaki’s more rock-orientated sound, and ‘Sweet Scar’ is one of the better ballads I’ve heard from her in a few years. As a whole, Love Again might not be a landmark album but what it does, it does well.

This is the sixth full studio album from the all-male rock group, and it’s no great wonder that it made it to the number two spot on the Oricon weekly chart. Their first single ‘The Beginning’ is an outstanding track, and probably also the most well-known thanks to its tie-in with the extremely successful live-action Rurouni Kenshin film. The thing about ONE OK ROCK is that they’re remarkably easy to get into while still managing to maintain a firmly grounded alternative rock style – one gets the feeling that they’ve earned their popularity but stayed true to their particular vision while doing so. Really, there’s very little I can criticise about this release; I don’t dislike anything on Jinsei×Boku=, although other than the single I’ve already mentioned, ‘Clock Strikes’, ‘Be the Light’, and ‘Deeper Deeper’ are also particularly good. There’s every reason to believe that ONE OK ROCK will carry on producing other excellent material in the future, as well as continue to build up their well-deserved fanbase.

To those of you who know my musical tastes, my inclusion of Kalafina’s latest album here will come as absolutely no surprise. With their gorgeously ethereal harmonies and well-known composer Kajiura Yuki at the helm, Kalafina very rarely fails to deliver on any of their releases, and Consolation is no exception. While not as brilliant as Red Moon (and really, what possibly could be?), it has much more impact than their previous After Eden and a fair amount of scope. With several satisfyingly distinctive tracks including ‘Consolation’, ‘Obbligato’, ‘Manten’, and ‘To the Beginning’, fans shouldn’t find themselves in any way disappointed. ‘Moonfesta’ adds a bit of folksy playfulness to what might otherwise be a slightly over-serious album, although my favourite song is still the slow and hauntingly dreamlike ‘Door’. I honestly don’t have much else to say – in all, Consolation is an uncomplicatedly strong album that holds Kalafina’s always exquisite vocals to their usual high standard. 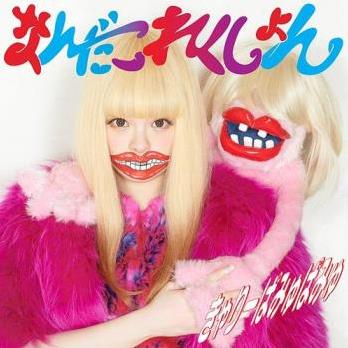 As the third full studio album and first chart topper of Kyary’s, Nanda Collection has received a great deal of attention. It’s already been reviewed by a number of music critics far more knowledgeable than I (the most accurate review I’ve found of the album describes it as something that “could probably trigger a panic attack in more sensitive listeners”), and fans have raved about it. As a passive listener rather than a fan, even I have to say that this is the best release from Kyary to date. It’s no less bizarre than her previous albums have been, no less schizophrenic, but for all its weirdness, I do believe Nanda Collection is more cohesive. Like a creepily orchestrated circus, it also puts on exactly the sort of spectacle that admirers have come to expect, with ‘Ninjya Re Bang Bang’, ‘Kimi ni 100 Percent’, ‘Invader Invader’, and ‘Furisodeshon’ being the biggest of its showstoppers. Overall however, it’s a vibrant production that somehow all ties together to work as a unit, and tangible proof for anyone still in need of it that Kyary is no flash in the pan. 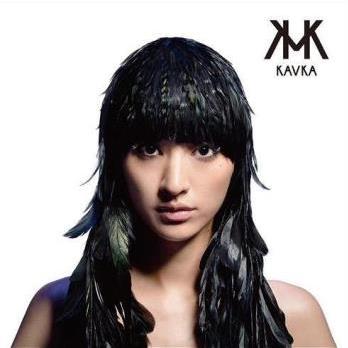 Kavkanize is the debut studio album from the 28-year old vocalist and drummer – and what a debut it is! Born in Mexico but also spending nearly a year in Argentina, and having since worked as an actor, radio personality, and runway model, there’s just something beautifully confident about Shishido that draws the listener in. Bold but fun, fierce but playful, this is an album I’ve been waiting on ever since I first pushed play on ‘Aisuru Kakugo’ back in September 2012, still one of my favourite singles from the release. This actually ties with Kalafina’s Consolation as being my top Japanese release of 2013, and by a significant margin at that; there are sixteen tracks here and not one of them is a dud, although some obviously stand out more than others. ‘Day Dream Rider’, ‘Love Corrida’, ‘Kiken na Futari’, and ‘Countdown’ are all fantastic with a glamorous rock edge, but there are also a couple of slower tunes to be had, as well as a few that are a bit more traditionally pop. I sincerely hope Shishido gets the recognition she deserves, because Kavkanize is an exceptional start for a very promising performer.

And finally, a few albums which I listened to and then discarded – not honourable mentions so much as general disappointments.

KOKIA – Where to go my Love? (March 20th).
I really wish I could like this one more, because KOKIA deserves to be far better known than she currently is, and her vocals are truly magical. Unfortunately, nearly every song on her latest album is extremely slow-paced, and lacks the catchiness of those singles of hers that I still adore so much.

Yousei Teikoku – Pax Vesania (March 27th).
I count just one song on here that I immediately liked (‘Siege oder sterben’). Almost everything else seems average at best, despite the vocals still being as striking as ever. Either Itsuki Yui should go solo, or the band should just come out with a best of album already so I can justify spending my money on them.

Hikasa Yoko – Glamorous Songs (July 17th).
Such a shame this album only has 7 tracks on it, or I would have been tempted to put it on my list despite it technically being a compilation album. No doubt about it, there’s some fabulous songs on here, making me eagerly await a full studio album. I will add however that the first half of this is significantly better than the second.

Perfume – Level3 (October 2nd).
I’m definitely rooting for these guys and am a huge admirer of their overall artistry, but… it just doesn’t come together here for me. 3 of the tracks from this album are given a remix despite the originals being far better, and most of the rest of the songs feel just okay to me, nothing spectacular.

SCANDAL – Standard (October 2nd).
Ugh. SCANDAL, what happened to you!? You used to be all cool and garage rock and energetic, and now you’re like soulless robots with the barest hint of anything left over. Last year’s Queens Are Trumps was no better either, leaving me to seriously wonder whether or not SCANDAL has anything more to offer beyond this kind of inoffensive yet utterly yawn-worthy token pop.

LiSA – Landspace (October 30th).
This isn’t a terrible album, but it certainly doesn’t have a patch on last year’s. Lover”s”mile wasn’t perfect, but it was a lot of fun and had plenty of attitude. By comparison, Landspace feels mostly dull and uninspired, with only a couple of tracks that make me sit up and actually pay attention.

Tommy heavenly6 – TOMMY ♥ ICE CREAM HEAVEN ♥ FOREVER (November 27th).
Oh dear. Again, there’s nothing particularly terrible here, but I know for a fact that Kawase Tomoko can do a hell of a lot better than this. This album is disappointingly mediocre – last year’s february & heavenly was better (although even that didn’t make my 2012 list). The track listing certainly doesn’t help matters, which for some reason includes 3 intro songs, along with an underwhelming English version of ‘Ash Like Snow’.

Question of the post: What were your biggest favourites and disappointments with regards to Japanese music in 2013? Is there anything you’re particularly looking forward to or hoping for this year?