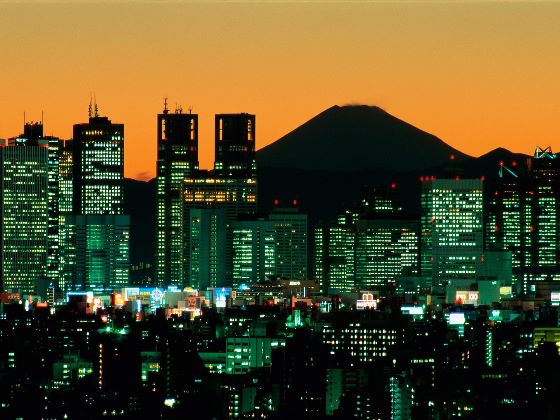 Japan really can be a traveller’s paradise. There’s just so much to see and do that, despite being such a relatively small country, it’s all but impossible to experience all that Japan has to offer. Finding a place to stay that suits your needs is definitely a step in the right direction however, and so for this week’s post, I thought I’d take a break from writing about anime and instead tackle a different aspect of Japanese culture – accommodation.

Note that this is not a how-to post, and that I have no intention of listing off every single type of accommodation available to visitors in Japan. I trust that most readers are quite capable of working out for themselves the differences between a regular hotel and a business hotel, or of researching the best way in which to go about booking a place to stay on their own. What I’m more interested in writing about are some of the traits that usually characterise certain types of accommodation – particularly those unique to Japan – and discussing a few of the pros and cons that go along with them.

These are traditional Japanese inns that first sprung up along Japan’s highways in the Edo period, but which are now much more commonly found in rural areas of the country. They tend to be especially popular with those tourists looking to experience ‘real’ Japan, since ryokan are known for their tatami mat rooms, sliding shoji doors, futon bedding, and communal bathing areas. Meals usually come with the room and are traditional Japanese fare, with many ryokan priding themselves on the quality, subtlety, and local specialty of their food. Though they come in a huge variety of styles and sizes, from tiny family-run establishments to large-scale resorts, the typical cost of staying there makes the ryokan more of a luxury option. For a middle-of-the-range choice, guests can probably expect to pay roughly $200 per person, per night. A few other things to keep in mind is that many ryokan, if not most, are unable to accept reservations on short notice, don’t cater to single travellers, and can’t operate in English.

This is an ideal option for travellers who want to experience the same kind of atmosphere as they would at a ryokan but are otherwise unable to afford it. Essentially the ryokan budget-version, minshuku offer many of the same features that ryokan do but with less of the frills. Rooms are smaller and less impressive, dining is usually optional, and guests generally take care of themselves a lot more. Typically family-operated and seen in towns or villages that are too small to warrant its own larger hotel, minshuku offer a lot of local charm at a reasonable price – half (or less) of what most people might pay at a ryokan. Since they tend to operate a bit more casually as well, minshuku can be a lot less intimidating to first-timers than ryokan, but on the downside, those that have English-speaking staff are just as few, if not fewer. 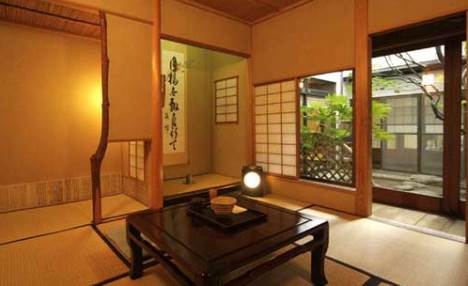 It doesn’t get any more ‘real’ than this. If you’re a visitor wanting to experience a glimpse of the Japanese Buddhist monk lifestyle, then temple lodging is the way to go. Not all Buddhist temples offer such lodging to strangers – usually only those that are connected with popular pilgrimages – but some places in Japan, such as the cluster of mountains that make up Mount Koya, are especially known for their tourist-friendly shukubo. In these particular temples, the cost for one person per night is about $100, and in exchange, you’ll be provided with a simple traditional Japanese room, communal bathing facilities, dinner, and breakfast. Guests are also usually free to wander the parts of the temple open to the public during their stay, and to participate in morning prayers. There are a few restrictions, of course – dinner and breakfast are served at set times, and the food, commonly involving tofu, is strictly vegetarian – but so long as you’re prepared to adhere to etiquette (this is a religious establishment, so mind your manners!), few other guest accommodations in Japan can match the beauty, tranquility, and culture that temple lodgings provide.

Going right to the other end of the scale, love hotels can make for pretty interesting accommodation for those exploring the urban side of Japan. Reasonably cheap and often gaudy as all hell, love hotels are used by all manner of people – from prostitutes and cheating spouses to curious and/or budget-conscious travellers alike. While the hotel entrances themselves may be discreet, many exteriors are anything but – and neither are interiors, for that matter. Look for buildings that are decorated ridiculously, with sparkling hearts and seizure-inducing neon. Rooms can be obtained during the day for only a couple of hours “rest” at a time, and also for overnight “stays” at a higher price, although even then, a not-too-luxurious hotel shouldn’t set you back any more than around $100. Some love hotels are themed and feature specialised… equipment, but all of them are incredibly discreet (you order your room by pressing a button and will probably never meet the receptionist), extremely clean, and at times hilarious. On the downside, you usually can’t make prior reservations or even select your overnight room until 10pm. On the other hand, love hotels can make for a rather interesting travel story.

On a strict budget, or accidentally missed your last train back somewhere after a night out? The capsule hotel is probably for you, and can be quite the experience in itself regardless. Guest ‘rooms’ are more like hollow blocks than anything else; efficiently tiny and furnished with nothing but a bed and television. Each capsule is stacked side-by-side and two units high, with only a curtain or fiberglass door for privacy. Elsewhere, lockers are provided for luggage storage and communal washrooms for bathing. While some capsule hotels have their own restaurants and various entertainment facilities, most are intentionally very basic in order to help serve the (now slightly scary) numbers of people who are either incredibly drunk, or else who can’t afford to rent actual houses in which to live; at around $40 per night, you probably won’t find a cheaper option. Although female-only floors are available in some capsule hotels, many of them still only cater to males, and needless to say, they don’t tend to make for the best of vacation accommodations anyway – although they are undeniably convenient.

If even the humble capsule hotel is too expensive for you, or you’re trying to find a place to crash at the last minute but can’t locate any available capsule hotels nearby, this is probably going to be your last-ditch option. These types of places are often open 24/7, where small cubicles can be rented out by the hour for 500 yen or so, or even less for places that provide specials for slightly longer stays. Karaoke boxes typically have couches on which to crash if absolutely necessary, while manga or internet café stalls usually come with a thin rubber mattress and/or reclining chair and a pillow or two. The latter also commonly features a place to shower, as well as self-serve, all-you-can-drink coffee and soft drink machines. Obviously these are not the quietest of places, or the most family friendly, but if you’ve got no other place to go and don’t want to pull an all-nighter at the nearest McDonald’s or family restaurant, at least you can still catch a few hours’ sleep somewhere safe. They’re also a dime a dozen in the larger urban areas of Japan, so they can be a real life saver.

Question of the post: What’s the strangest or most unique place you’ve stayed overnight in Japan? If you had the opportunity to stay in any of these places listed above, where would you pick?

13 thoughts on “Accommodation in Japan”