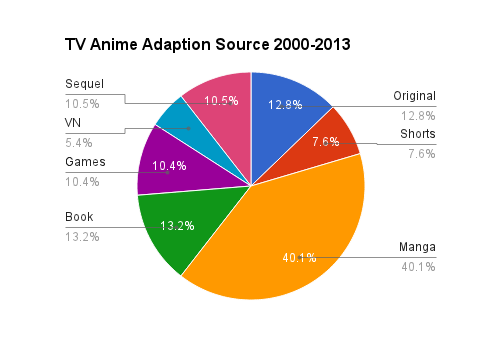 One of the more common complaints about the anime industry is that, what with so many titles being adaptations of manga, light novels, and video games, precious little in the way of new material is being produced on a regular basis. It’s of course no surprise that manga tends to make up the bulk of the above chart; despite decreasing revenue, tens of thousands of manga are still published on a yearly basis, with an enormous variety of themes and genres to cater to all demographics. Nonetheless, newly created anime isn’t quite as much of a rarity as some might think, and today, I thought I’d take the time to celebrate a few original titles that have really stood out to me in recent years.

I’ve tried to keep things relatively current (and also this post manageable) by sticking to shows released this side of 2010 – which unfortunately means saying goodbye to such titles as Cowboy Bebop, Samurai Champloo, Kamichu!, Code Geass, Le Chevalier D’Eon, Michiko to Hatchin, Eve no Jikan, and Eden of the East. I also won’t be including Psycho-Pass, Kill la Kill, or AnoHana – the first title because it has already been reviewed in full here on Otaku Lounge, and the latter two because they were both discussed at length last year as part of the Watson Watches article series (though I don’t necessarily agree with all of the opinions expressed therein). Even then, I find I’m still left with a respectably varied shortlist – feel free to point the next person you see bemoaning the lack of original anime towards it. 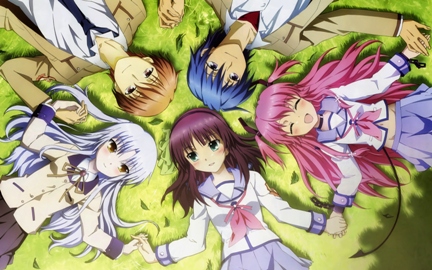 Angel Beats! is a series that’s frequently accused of otaku pandering and being emotionally manipulative, and I agree and also disagree with these statements. That is, I think both are true on some level, but I fail to see these as negative points. It’s true that I often don’t enjoy shows that come across as overly obvious or that try too hard to please, but since Angel Beats! does in fact work extremely well in getting me emotionally invested – even after several re-watches – I can’t view it as anything other than a raging success. I love Angel Beats! from the bottom of my fangirl soul, because it’s one of the only anime in existence to make me howl with laughter as well as sob in heartbreak – sometimes both in the same episode. The series also looks and sounds fantastic (best fictional band evar!), and while I do wish it had gotten its intended full run, I can’t really fault the creators for that. I don’t care if it’s now cool to hate on Angel Beats! – I’m proud to say I’m a fan of such a funny, heart-wrenching, and ultimately outstanding title. 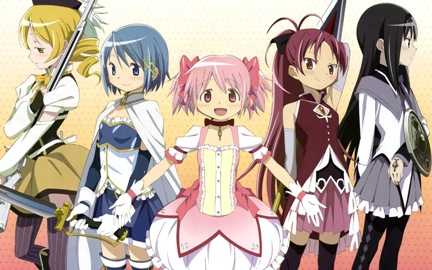 No, this is not the be-all and end-all of anime shows, and no doubt some people are tired of all the press, but I can’t not give Madoka Magica a mention. Love or hate magical-girl shows, there can be no doubt that this title has some amazing writing going on, and like Tiger & Bunny it works within the confines of its genre while simultaneously giving it a good shake-up. Bitter-sweet and wonderfully dark at times, Madoka Magica is surreal, subversive, and ambitious – hardly surprising that it’s one of the most widely-discussed anime since Evangelion. It also looks and sounds absolutely divine; the character designs are distinctive, the animation is gorgeously fluid, the backdrops are flat-out gorgeous, and I’m saying all this as someone who doesn’t even tend to like Shaft productions all that much. The hauntingly lovely soundtrack by veteran composer Kajiura Yuki is the finishing touch on what is arguably the landmark anime of the decade. If you’ve put off watching this just because you’re a ‘rebel’ who automatically hates anything that exceeds a certain popularity level, then get off your high horse already and go watch this – it really is that good. 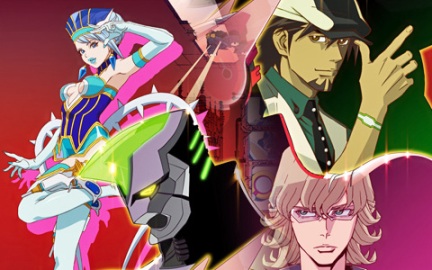 This strikes me as an excellent series to point at newcomers to the anime medium, particularly those who’re into Western comic books and the superhero genre. Tiger & Bunny has the sleek, action-orientated feel of a Western superhero piece but combines this with some fantastic new ideas and characters that still come across as being uniquely Japanese. This isn’t just an anime about superheroes – it’s an anime about ordinary people who are basically shoehorned into being ‘reality show’ TV stars thanks to a very creative (yet for my money, entirely realistic) setting. That setting is what really sets Tiger & Bunny apart from any other superhero-themed story, but the cast brings a lot of fun and often thoughtfulness to the show as well; Kotetsu “Wild Tiger” Kaburagi and Barnaby “Bunny” Brooks have some of the best chemistry I’ve seen from a main duo in a long time, and the other members of the team are by no means forgettable either. For an almost satirical twist on the genre that’s equal parts action, comedy, and drama, Tiger & Bunny is the way to go.

Suisei no Garugantia/Gargantia on the Verdurous Planet (2013) 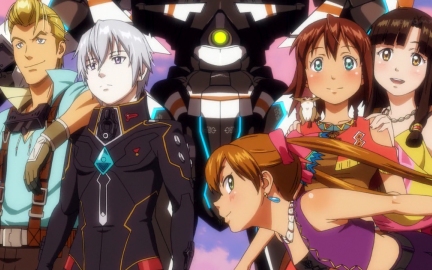 I know a lot of people aren’t overly fond of this series. The chararacterisation in particular is commonly criticised – particularly with respect to Amy’s role in the story – and many viewers find fault with the heavy amounts of fanservice in a few of the episodes. While I’m not about to argue with these points, I firmly believe that the story and its other two lead characters, Ledo and Chamber, more than make up for Suisei no Garugantia’s weaker aspects. The plot, although not necessarily unique in and of itself, has a lot going for it thanks to the details of the universe in which it’s set, and Ledo makes for a very compelling and highly believable main character; someone cut off from his home and who is struggling to understand even the most basic of concepts that nearly every other cast member – and by extension, the viewer – takes for granted. In terms of production quality, the show is likewise a joy to watch; smoothly animated, brightly coloured, and generally impressive overall. It may not be perfect, but Suisei no Garugantia is still easily one of the best science-fiction anime series to have come out in recent years.

Zankyou no Terror/Terror in Resonance (2014) 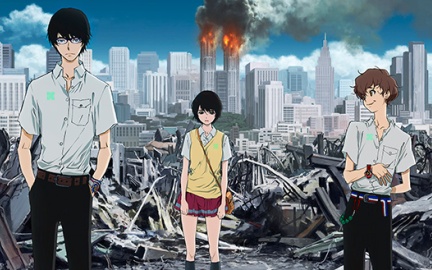 No show can please everyone, and I’ve seen a fair number of people seemingly take great pleasure in hating on this one simply because of the names behind it, but I for one think Watanabe Shinichirou does a very fine job. It may not be the anime that defines the century, but the largely tight pacing, credible characterisation, and evocative themes all come together to create an exceptional series nonetheless. It’s also fairly obvious that a lot of time and effort went into the look and sound of the piece, because the visuals are absolutely stunning (surely even those intent on disliking Zankyou no Terror can’t fail to be impressed by those, particularly in episode 9), while the soundtrack (once more put together by Kanno Yoko) is unique and used thoughtfully. I’m not saying the show doesn’t have its faults – Five’s character strikes me as one of its weaker aspects, and not all of the writing is as solid as it could be – but Zankyou no Terror remains a fascinating and very poignant series, and one that I’m not afraid to say I wholeheartedly enjoyed.