It’s perhaps stating the obvious, but anime parents don’t typically get much in the way of positive screen-time. Mostly they’re just sort of there in the background, or in some cases are absent altogether – either because our main character has been tragically orphaned at a young age, or else because they’re apparently just that unimportant to the story. Other parents have more of a presence but are abusive, mentally unstable, or at the very least serious assholes – your Kiryuin Ragyos, Shou Tuckers, and Ikari Gendos of the anime universe.

Of course, since the largest demographic of anime viewers in Japan is still made up of males between roughly 10 and 18 years of age, this should come as no real surprise; much of the audience simply doesn’t want to watch anime in which parents play a major and/or sympathetic role. Nonetheless, there are still some fantastic parental figures in anime – whether they get the amount of screen-time they deserve or not. This post is a celebration of some of the most supportive, unique, or just all-around awesome of them. 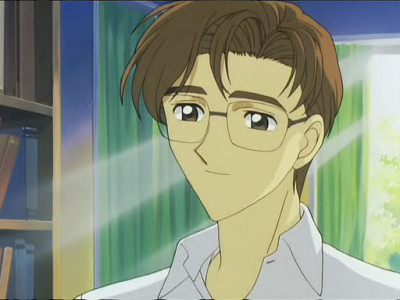 This is probably the first parent in an anime series that really stood out to me in a positive way. Single father of two ever since his wife died at a very young age, Fujitaka tries to spend as much time as possible with his family despite his busy job as a university archaeology professor. He’s not just the breadwinner, either – he cooks, he sews, and he even finds the time to participate in Sakura’s school life. Above all, Fujitaka is kind and caring, never appearing to get angry or upset, and keeping the promise he made to his wife upon her deathbed never to cry over her. He is perhaps a little too perfect to be entirely believable – there’s no denying that Cardcaptor Sakura idealises a lot about the real world – but regardless, Fujitaka makes for a wonderful father and a fantastic, albeit quite understated, addition to the cast. 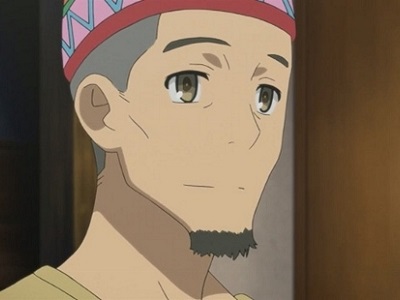 Couldn’t even remember this guy’s name? That’s okay, I had to look it up as well – which probably gives you a good idea of how overlooked a character he is. Atsushi is another father whose wife has tragically passed away; his son, Jinta, eventually became a shut-in after the death of both his mother as well as a close childhood friend, refusing to go to school or even leave the house. Precious little is known about Atsushi as a character – in fact, the number of scenes he appears in could probably be counted on one hand. His very mild and kindly but absent-minded persona means that he does tend to fade into the background a bit, but Atsushi is clearly a strong man in his own way, and sees far more than Jinta gives him credit for. (Also, I think we can all agree that Atsushi’s general awesomeness is only amplified by that hat.) 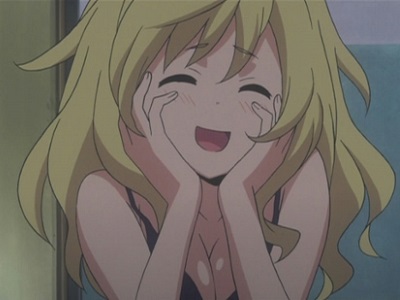 Everyone’s favourite eternal twenty-three year old might raise a few eyebrows, but like Atsushi, Yasuko knows a great deal more than she lets on. While her general klutziness and childish, airheaded nature isn’t just a façade, Yasuko is far from stupid, and works at a hostess bar in order to financially support her family – determined to earn enough herself so that her son doesn’t have to work and study at the same time. Her upbeat and energetic personality despite some of the difficult choices she’s had to make in her life are a testament to her inner strength and resolve, and most importantly, she obviously cares very deeply for Ryuuji and wants him to be able to reach his full potential. She also seems to care for Taiga nearly as much as she does her own son, which speaks further as to Yasuko’s caring and naturally generous spirit.

Any list of anime parents without Daikichi on it isn’t a list worth having. Daikichi may not be the actual father of the adorable Rin, but that makes his character all the more amazing – a 30-year old bachelor who adopts Rin after witnessing everyone else blatantly reject any responsibility of the young child thought to be his grandfather’s illegitimate daughter. Daikichi knows next to nothing about parenting, but he well and truly steps up to the plate: he quits smoking, cuts down on his work hours, stops going to work parties, and generally showers Rin with all the love, time, and compassion that she so badly needs in order to grow into a happy and emotionally secure child. The scenes where they cook together, or when Daikichi attempts to quell her anxieties about school or once again being left alone in the world, never fail to move me. 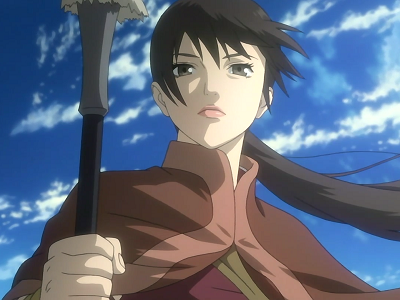 Balsa is another notable anime character who does the best she can after essentially gaining a son through circumstances outside her control. A hired bodyguard, Balsa saves the life of Prince Chagum when his own mother is killed, and continues to protect him from numerous assassination attempts throughout the series. Approximately 12 years old at the beginning of the series, Chagum is a respectful but occasionally rebellious boy, whose eventual trust in Balsa is not misplaced; she is both strong and pragmatic, and a firm yet also patient and caring teacher. More than a role model however, Balsa also becomes a mother-figure to Chagum, and eventually comes to love him as a son. Though a fantasy series, Moribito takes on an extremely slice-of-life feel at times, and in large part because of the relationship between our two main characters, these episodes are some of the best of the entire show.

Last but certainly not least, Lovis looks after not only her daughter but also the rest of her ragtag ‘family’ – who in this case just happen to be a clan of good-natured thieves. Clearly the glue that keeps this family together, Lovis is a sort of mother to every member but never allows herself to be bossed around by anyone – she’s a practical woman with a sound head on her shoulders and a firm moral compass to go with it. Through thick and thin, Lovis keeps it all running smoothly and is quick to say so if there’s anything she doesn’t agree with, particularly when it comes to her husband. However, she rarely lets her temper get the better of her, and can be just as nurturing as she is strong-willed. Although she never coddles Ronja or lets her emotions cloud her judgement as Mattis is wont to do, Lovis undoubtedly loves her, and Ronja grows to inherit some of the best traits from both of her parents.

Of course, listing every single great anime parent out there would have made this post far longer, but here are a few honourable mentions: Maes Hughes (Fullmetal Alchemist), Fujioka “Ranka” Ryoji (Ouran High School Host Club), and Professor Kusakabe (My Neighbor Totoro).

Question of the post: Who is your favourite anime parent, and do you think he/she is showcased as much as their character deserves?