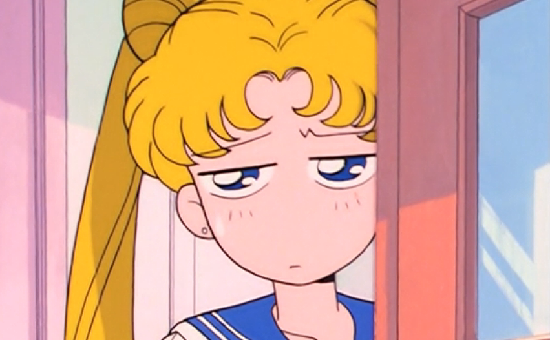 There’s no question that there are some god-awful English anime dubs out there. It’s probably a fair assumption that most English-speaking anime fans have had their ears bleed at some point or other – the 90s and early 2000s in particular had a slew of especially bad dubs, from the oft-mentioned Sailor Moon and Cardcaptors to pretty much anything ever produced by 4Kids Entertainment.

But hey, anime dubbing has come a long way since then – and while the whole sub vs. dub debate is no doubt still raging somewhere out there as we speak, this post isn’t concerned with which is inherently better or worse (mostly because personally, I don’t really care). Instead, I want to take the time to name a few anime English dubs that I believe are worthy of mention because of how genuinely excellent they are, from their scripting and general direction to the casting/acting. This is of course far from an exhaustive list, but here are the top anime TV shows that I believe to be truly exceptional in dub form, and the reasons why I’ve found them so memorable.

I’ll just go ahead and skip Cowboy Bebop. It’s a fantastic dub, we all already know this. Watanabe Shinichirou’s works have all been gifted with extremely solid English dubs though, and whether you loved or hated last year’s Space Dandy, it can’t be denied that this too has some phenomenal dubbing work. The series actually premiered in the U.S before it did in Japan, so for most Western viewers, the dub was available before the subbed version. Given that, it would be strange if it wasn’t a stellar English performance – and stellar it is, especially in regards to Dandy’s easygoing, idiotic character (Ian Sinclair) and the often equally as lackadaisical Meow (Joel McDonald). The whole cast turns in a beautiful performance, however, and the pun-filled narration (courtesy of R Bruce Elliott) is cleverly translated and delivered to perfection.

Gankutsuou: The Count of Monte Cristo

Gankutsuou’s cast does some very admirable work overall (special mention to the strong-willed Eugénie, as voiced by Michelle Ruff), but I simply can’t get past the man of the hour himself. If you’re unable to put a name to the voice right away, that’s understandable; Jamieson Price has done a long list of anime dubbing work, but generally not as a main character and sometimes making brief appearances only in one or two episodes. For the life of me I cannot think why, because his role here as The Count is just that spot on. Even more so than in the Japanese version, The Count’s incredibly rich and smooth baritone practically oozes the kind of mysterious glamour that so captivates many of Gankutsuou’s other characters, and I honestly can’t think of another anime male lead that’s been better cast. Seriously, go watch it – your ears will thank you.

The first time I watched Hetalia, I got bored and dropped it after a couple of episodes. But the second time around, purely by coincidence, I found myself listening to the dub, and suddenly all was right with the world. (Literally.) Because those accents. Oh god those accents. And that narrator. That snarky, sarcastic narrator. I’m not sure how these guys even got through most of their lines, because this is some comedy gold right here. The timing is a beautiful thing in and of itself, as is much of the script, but the accents of each country are just so incredibly stereotypical and purposefully overdone that the voice acting as a whole is basically a work of art. You can tell that a whole lot of love and joy went into this dub – particularly in the case of Germany (Patrick Seitz) and France (J. Michael Tatum)… though if I absolutely had to choose who came out on top, I’d probably go with France. What can I say – that laugh is so good it’s almost scary. 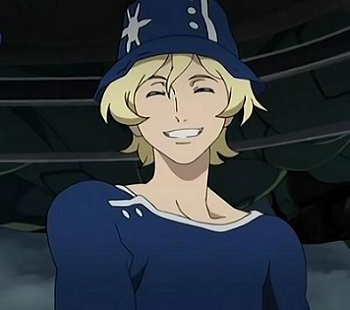 “So how do I dial this in? When everybody was hootin’ for ya today and you full-on charged the go-out and totally flared! It just felt like I’d been frigged, you know, snaked. It was just massive bleak. So, for today, anyway, I’m cashed, bro.” – Moondoggie, Episode 7

My reasons for Eureka Seven making this list are twofold. First: Crispin Freeman. I shouldn’t have to explain further – the man is clearly a god come down to earth in voice actor form. Secondly (and though I hate to admit it, possibly more importantly), the scripting is the epitome of a translating job well done. Given the anime’s social and cultural themes, the faux-surfer slang is totally on point – none more so than with the character of Moondoggie (voiced by Steve Staley). Unfortunately I couldn’t find a handy clip of this, but with a tendency to speak in a very strong Kumamoto accent whenever he gets especially worked up in the Japanese version (to the point where people have a seriously hard time understanding what he’s saying), the dub switches this to Moondoggie using progressively more and more surfer lingo instead – and with flawless results.

I’d expect a solid English dub when the bulk of the action takes place in various non-Japanese settings – especially when the series itself was directly inspired by and pays homage to the likes of the Coen Brothers and Quentin Tarantino – but Black Lagoon takes it to the next level. With a ton of gritty violence, and enough bad language to make Kick-Ass’s Hit-Girl seem mild-mannered and lady-like, Black Lagoon is a very… shall we say, spirited piece of work. The English dub dials it up even further by giving everyone so much damn attitude that I’d be as much engrossed as I would be afraid for my life (and my sanity) were I ever to come across any of the characters in real life. It’s Revy, voiced by Maryke Hendrikse, who really brings it home in the cussing department though. Such a foul-mouthed character I’ve never seen in all my years of anime watching – and it suits the naturally stubborn, impatient, overly competitive, and angry-as-hell Revy to a tee.

And now, a few honourable mentions:

– Wolf’s Rain. It’s like a bunch of the very best voice actors in the business decided to get together solely for the purpose of making an awesome anime even more awesome. Bonus points for Steven Blum as Darcia, who turns in one of the best angsty screams of all time (and quite possibly broke his vocal chords doing so).
– Eden of the East. Probably Jason Liebrecht’s best anime male lead performance to date, and some of those lines are just fabulous. “I just get the feeling that you’ve never had true love from a johnny.”
– Ghost in the Shell: Stand Alone Complex. Mary Elizabeth McGlynn does a fantastic job as the coolly competent Kusanagi, and the Tachikoma voice actors hit it right out of the ballpark. All nine of them (because yes, they’re each voiced by a different person).
– Crayon Shin-chan. The jokes in this weird, dirty, yet strangely charming show are given such great translations that I can’t not give it a special mention, even if the voices are pretty dopey. (That said, they’re pretty dopey in the Japanese-language version too.)

Question of the post: What have been some of the very best anime English dubs you’ve listened to and why?