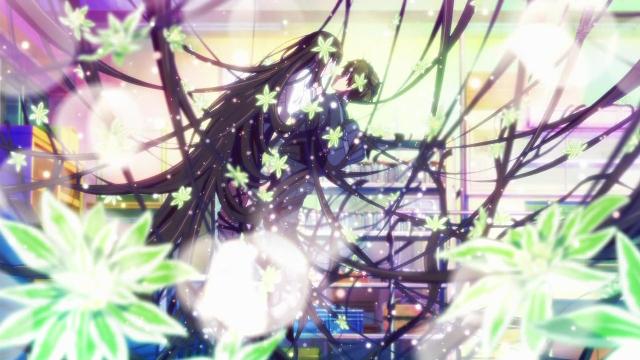 Anime titles based on light novels are a dime a dozen these days. An evolution of pulp magazines, light novels are short, cheap, and especially popular with the teen market. Combined with their serialized nature and often manga-style illustrations, this tends to make them relatively easy (not to mention commercially convenient) to adapt to the screen.

Anime based on full-length novels, on the other hand, are a rarer breed, as their usually far larger size and lesser honed target audience can present a far greater challenge and financial risk. In particular, while foreign classics such as Journey to the West, The Count of Monte Cristo, Ronia the Robber’s Daughter, and Les Misérables are given anime adaptations every now and again, anime based on Japanese novels seem even more infrequent.

One in a blue moon however, Japanese novels find their way into the anime market, and when they do, they tend to be of a very high calibre. The last decade has seen several such anime titles that are well worthy of a mention, so I thoroughly encourage readers to check these out if they haven’t already done so.

Written in 2002 and with a cover illustrated by Abe Yoshitoshi (of Serial Experiments Lain and Haibane Renmei fame), Welcome to the N.H.K. is a black comedy, with bits of drama and a dash of romance added into the mix. Featuring a main protagonist who is not only an otaku shut-in but also a paranoid and delusional conspiracy theorist, this show makes for a deliciously twisted and at times cringe-worthy watch that deals with a great many cultural and psychological themes. However, while the subject matter is often quite serious, the characters and their stories are usually presented in ways that aren’t particularly difficult to understand or relate to. The anime cuts out certain content included in the novel (most notably Tatsuhiro’s hard drug use), but still manages to pack a surprisingly hard punch while never leaving behind its rather morbid sense of humour. The fact that I managed to get through this without thinking of it as crass or overly depressing despite some of the subject matter should be considered pretty high praise.

Seirei no Moribito/Moribito: Guardian of the Spirit (2007) 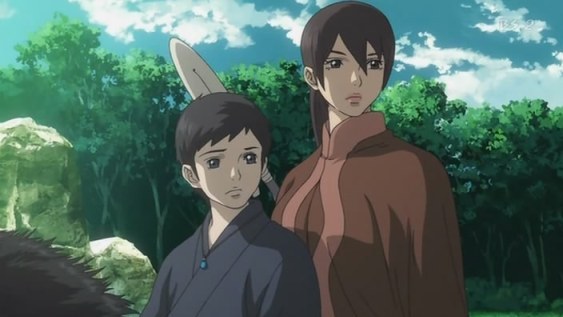 This series has been mentioned several times here on Otaku Lounge before, and for good reason. The first novel in a series of twelve written back in 1996, Moribito is first and foremost a fantasy, although the anime also has a very strong slice-of-life feel. Main protagonist Balsa, a woman in her 30s, is a major rarity in anime and easily one of the finest main characters I’ve seen in any series to date, while the detail of the world that she and the other characters inhabit – the culture, religion, government, mythology – is one of the show’s biggest draws. The action, although sporadic, is truly exceptional in terms of realism, and I honestly believe there’s something here for everyone with the patience to see it through. Unique, innovative, and emotionally rewarding, I can’t recommend Moribito enough – particularly to those viewers bemoaning the prevalence of fanservice and other tropes and conventions that commonly pander to viewers.

Written in 2009, Another is easily one of the best horror anime to be released in recent years – probably the very best, in fact, with the possible exception of Ghost Hound (the latter of which is in any case more of a supernatural/psychological thriller). To be fair, it hasn’t really had all that much competition, and so even with its seemingly rushed and frenetic conclusion, I have no qualms about including it on this list. Where the show excels is in its steady but suspenseful build-up as the grisly death toll mounts, the side characters gradually picked off episode by episode in increasingly gruesome spectacles. The eerie soundtrack and vividly dramatic art style play a significant role in allowing the series to come off as genuinely creepy instead of just plain cheesy, and unlike certain other horror titles I could name (coughShikicough), most of the characters are actually likeable and proactive enough to feel as though they’re doing the show a favour rather than hindering it. In all, Another is a solid work with a delightfully sinister atmosphere, and a must-watch for any horror fan.

The first of five volumes in the Classic Literature Club mystery series, Hyouka was written in 2001 and is unequivocally excellent – certainly the best KyoAni production to date, and a gorgeously crafted show in its own right. Every aspect of the visuals is stunning, from the subtle camera work and clever framing to the lush colour palette and wonderfully smooth animation – and even better, the writing is strong enough to match it. Complemented by a fairly small but surprisingly emotionally complex cast, and topped off with a great soundtrack, there’s very little about Hyouka that I’m able to criticize. If any single part of series is less than stellar then I suppose it would be that the tension very occasionally tips over into melodrama, but even this never becomes a significant problem, and doesn’t detract from the overall beauty of the piece. I don’t count myself as a mystery fan, but this is an anime I can (and have) re-watch multiple times, and still manage to gain something new from each viewing.

Based on a 2008 novel, Shin Sekai Yori is a bit of an odd duck in that it’s difficult to pin down, and I get the feeling that it’s actively doing everything it can not to be. I suppose I’d very loosely call it a drama, though it could equally be termed a supernatural mystery or even supernatural horror, and also involves elements of dystopian science-fiction. The story takes place in future Japan, but the so-called ‘utopia’ bears little resemblance either in physical or cultural terms to any Japan I’ve seen in anime before, and needless to say, not all is as it seems in such a universe. Rife with strange rumours and suspicious disappearances, the story is further complicated by two significant time skips and a cast that doesn’t necessarily make for reliable narration. The twists, when they eventually come, sometimes appear predicable at first glance but rarely play out as such, and a pervasively uncanny vibe permeates the series from start to finish. It’s this atmosphere that’s largely responsible for creating such a memorable show, although that’s not to say the striking art style and solid soundtrack don’t play their own unique roles in this peculiar but highly compelling title. 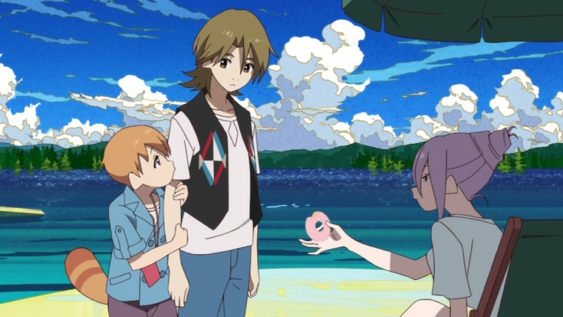 If Shin Sekai Yori is quietly eerie, then Uchouten Kazoku is positively bursting with life and energy. A fantastical comedy-drama written in 2007, the show is a colourful romp through modern-day Kyoto, but with a twist – though most humans live out their lives as usual, the main protagonists are a family of tanuki with the ability to take on human appearance, while tengu rule the skies above. Despite the fact that Yasaburou and his fellow tanuki live in fear of literally being made into an annual hot pot like his father, Uchouten Kazoku is an exuberantly upbeat little series, with a superb cast of characters and a magnificent OP. I’ve never been overly fond of P.A.Works as a studio, but unlike many of their productions, this title is neither ponderous nor overly sentimental (most likely because it involves little in the way of romance), although it is unexpectedly touching. For anime fans after something lively, creative, and just plain fun, then Uchouten Kazoku should be at the top of the to-watch list.

Question of the post: Would these titles likely make your own list of great anime based on full-length Japanese novels, and are there any others you’d be tempted to include? How do you feel about this season’s addition to the Japanese novel-based anime list, Subete ga F ni Naru/Everything Becomes F: The Perfect Insider?

29 thoughts on “Good Anime Based on Japanese Novels”