It’s been an incredibly warm October here in southern rural Japan, but the chill is now finally setting in, and as per usual I’m contemplating my plans for hibernation. Luckily, anime serves as the perfect distraction from the cold, especially when consumed with copious amounts of Blendy Stick. So, now that at least four episodes of each show has officially aired, let’s take a look at the follow-up to part one of my taste testing line-up. 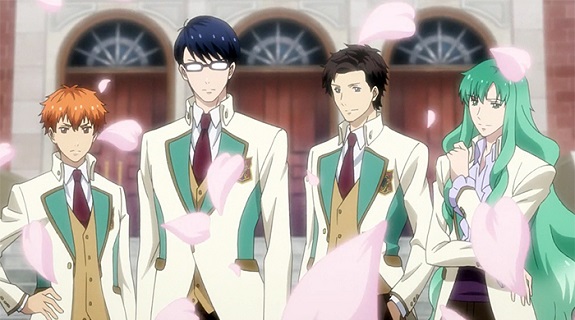 What can I say, I only have room for one hilariously bad anime per season, and that slot’s been taken up by Dance with Devils. Not that I don’t think Starmu is entertaining in its own way – because it definitely is, and if you’re still watching than kudos to you – but if the choice is between a ridiculous anime musical about idols and a ridiculous anime musical about demons, I think we all know which way I’ll be going.

Again, there can only be one unintentional comedy per season. It’s like candy – addictive, but too much and you’ll ruin your appetite. Young Black Jack obviously isn’t as bad as Starmu or Dance with Devils, and occasionally even showed glimmers of decent writing amidst the sparkly man-flesh and broodingly melodramatic imagery, but it just takes itself soooo seriously that I couldn’t possibly do so myself. 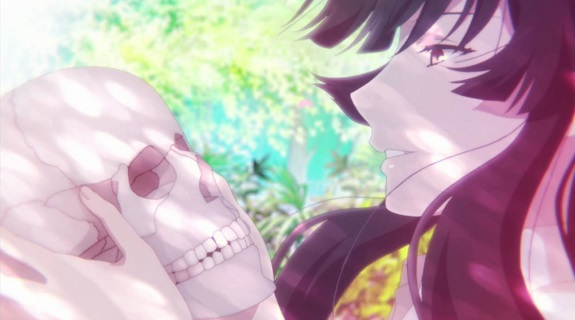 There were a lot of small, nagging things I didn’t like about this show, but taken individually I probably wouldn’t have minded them so much. The lack of realism surrounding the mysteries, Sakurako’s annoyingly superior attitude, and even the vaguely creepy sexual tension between her and Shoutarou might have been overlooked if they were all that was wrong with this series. However, by far the bigger problem for me is that Sakurako-san thinks its way smarter than it actually is. I’m not saying the show doesn’t have any redeeming qualities – the art direction, for example, is not only pretty but also uniquely compelling at times – but unfortunately the writing can’t come close to matching it, and mostly strikes me as trying too hard (and failing) to be clever.

I gave this a decent try, I really did. And to be fair, the show was starting to feel a great deal more cohesive after the clusterfuck that was the first episode. The artwork was growing on me, the time skips were only awkward as opposed to just plain confusing, and I could see how some of the characters and themes might actually be used effectively if given the chance. In terms of general execution though, Concrete Revolutio seemed sorely lacking, and I had neither the time nor the patience to keep watching in the hopes of this issue being resolved. The ideas were there and the energy was high, but the delivery was a flop. I like Bones, but this show badly needed someone else in the director’s chair, like Imaishi Hiroyuki or Matsumoto Rie – someone who can bring both style and consistency to the table, and who understands the difference between pizzazz and ostentatiousness.

Why is this show still on my weekly watch-list when it scored lower than most of the above titles? Because entertainment value can’t be measured in points, and should never be taken for granted. (Also because it’s one of my weekly Glorio assignments, and these kinds of shows are so much more fun when you know someone else is watching with you.) Meanwhile, I remain genuinely surprised (but pleased) by the fact that Ritsuka is perfectly capable of expressing her displeasure at the casual invasion of her personal space, clearly has no intention of being wooed by a bunch of bishounen who aren’t accustomed to hearing the word ‘no’, and has not once been referred to by any of the characters as ‘Bitch-chan’.

I’m still a little on the fence about this one, because while I like most what I’ve seen so far, the focus of the series feels split between the cast and the mystery. From what I’ve read on various blogs, viewers seem equally split on whether the mystery should take a backseat to the characters or whether the characters should simply act as a vehicle for the central plot. I’m firmly rooting for the former, but I freely admit that I’m no mystery fan to begin with, and will happily take a solid drama over a whodunit every time. The two don’t necessarily need to be mutually exclusive, but I think Perfect Insider does a much better job when it comes to its character dynamics than it does with its mystery, and would probably be a far better show if it didn’t need to keep up the balancing act.

Just as indicated from the first episode, Lupin has settled into a perfectly decent episodic series that’s more interested in being fun than dramatic, and candidly ditches any sense of realism for its mostly lighthearted shenanigans. Some episodes are certainly better than others of course, and Lupin and Jigen have been getting much more in the way of screentime than Fujiko or Goemon, which depending on your character preferences is either a bonus or a disappointment. Personally, I’d prefer more of a full team effort, but I’m not really complaining – this is a fine show that provides enough easygoing entertainment to make it worth my time, and while it doesn’t push itself any further than that, I don’t get the sense that it’s trying to.

I doubt I would have bothered watching this if it weren’t for a comment from Beobachter on my previous post, but the show has effortlessly taken up a place in my top three picks of the season. All the more so because it’s pretty rare for me to find an anime comedy I really love – and that goes double for anime parodies, which more often than not only annoy me with their lazy, self-indulgent, and fanservice-ridden gags. In contrast, Osomatsu-san is a breath of fresh air, and easily the funniest thing I’ve seen since last year’s Nozaki-kun. I’d rather not give too much away for readers who haven’t yet tried this, especially since explaining a joke is a sure-fire way to ruin one, but trust me when I say that if you haven’t already seen at least the first episode of Osomatsu-san, you’re missing out on one of the very best premieres of the fall. Don’t look it up first – just go in completely cold and enjoy the ride. 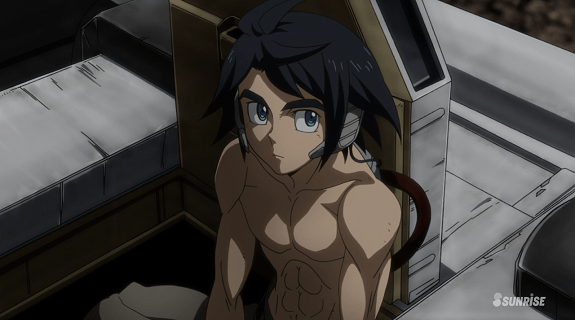 Frankly, I’m still in a state of shock at the knowledge that I’m actually looking forward to watching the latest episode of a Gundam series every week. That’s not a dig at the genre – I just don’t care at all for mecha, or even sci-fi for that matter, and I’m not used to thinking of a Gundam show as being legitimately compelling. Yet that’s what Iron-Blooded Orphans is, and what’s more, it’s tightly scripted and (at times) downright subtle as well – now there’s a word I never thought I’d use in such a context. The show doesn’t entirely chuck all its usual conventions out the window, mind you, so there’s still the obligatory Ridiculous Hair and Hero Kids vs. Dastardly Adults tropes. However, it also looks and feels far grittier than the majority of past Gundam titles, and comes across as significantly more believable to me as well, particularly in terms of world-building. I guess the main issue I’ve had with most shows like these in the past (other than my lack of passion for giant space robots) is that they’ve never felt consistently emotionally convincing, and in that regard, Iron-Blooded Orphans has proven itself to be a wonderful exception.

There have been one or two minor annoyances, but in general I’m thoroughly enjoying what the second season Noragami has come up with so far, and at this rate it may well end up being stronger than the first – definitely not something you can say about a lot of shows. I’m a little disappointed that Hiyori’s main role has essentially now been relegated to damsel-in-distress, but if I’m being honest, Yato and Yukine have always been the bigger draws for me, and the ongoing drama between them and Bishamon is really well crafted – heated, suspenseful, and very much in line with their respective characters. This is an excellent series, and I have little doubt it will remain so.

Question of the post: Agree? Disagree? Are there any shows you’ve changed your mind about now that the introductions are well and truly out of the way?