Welcome back to the second ultra-exciting installment of the super abbreviated history of anime! I’d make a recap, but as far as I’m concerned this whole article series is the recap – so if you missed part one, go read it, it barely grazes 1000 words.

So. We left off in the 1970s. This along with the following decade was a particularly vivid and exciting time for anime, with fresh ideas being explored and plenty of money being injected into the industry. It was during this period that several anime filmmakers rose to prominence, including now household names (and friendly rivals) Miyazaki Hayao and Oshii Mamoru.

Miyazaki, who had begun working for Toei Animation when they first began releasing televised anime in 1963, gained recognition while working as an in-between artist on Toei’s Gulliver’s Travels Beyond the Moon. Dissatisfied with the original ending to the script, Miyazaki pitched his own idea which became the ending used in the film’s final version. He later played an important role as chief animator, concept artist, and scene designer on 1968’s Hols: Prince of the Sun; a landmark animated film directed by Takahata Isao, with whom Miyazaki would continue to collaborate for the next three or four decades. Studio Ghibli was co-founded by the pair in 1985, and Miyazaki went on to write and direct his own anime films, carving out a huge name for himself in the process with themes revolving heavily around flight, ecology and the environment: Nausicaä of the Valley of the Wind, Laputa: Castle in the Sky, My Neighbor Totoro, Kiki’s Delivery Service all met with large-scale success in the 80s.

Meanwhile, Mamoru Oshii entered Tatsunoko Productions and worked on his first anime as director in 1978, Ippatsu Kanta-kun. His later work as both director and storyboard artist of the massively popular romantic comedy and science-fiction show Urusei Yatsura in 1981 thrust him into the spotlight; in fact, the series became so well-known that it’s been credited as the first anime to inspire fan-written translations. Oshii then went on to create the very first official anime OVA, Dallos, in 1983, followed by Angel’s Egg in 1985. His next set major work, Anchor, was supposed to be a collaboration with Miyazaki and Takahata but was cancelled in the planning stages because of artistic disagreements between the trio. However, Oshii’s landmark cyberpunk film Ghost in the Shell, released in 1995, eventually led to an actualized collaboration with Miyazaki for Oshii’s 2004 follow-up release of Ghost in the Shell 2: Innocence.

Though significant, these were not the only noteworthy events going on in the anime industry over this period. As the 70s drew to a close, new anime was being produced at an extremely rapid pace and an entirely new subculture was beginning to form around them. In 1978, the first animation-specialty magazines reached America, and publications such as Animage – the first manga and anime magazine that catered towards fans rather than professionals – began printing in response to the popularity of titles such as Sunrise’s mecha/space opera Mobile Suit Gundam. 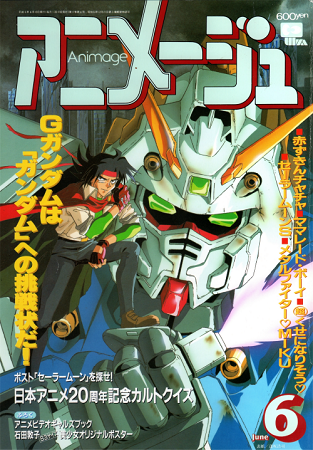 The very first Gundam series, which would subsequently be adapted into numerous sequels and spin-offs, was in fact not particularly popular when it first aired in Japan in 1979 and came close to cancellation. The Japanese audience was perhaps not quite ready for a near-future world in which humans fought against themselves for political and ideological reasons rather than against evil aliens, or for the standard heroes and villains to be replaced by a cast of troubled teens and complex characters on both sides of the conflict – characters who wrestled with personal problems and moral conflicts amid the chaos of war.

However, things changed completely when Japanese toy manufacturing company Bandai received the licensing to the show’s Gundam mecha models. The models sold incredibly well and the series began picking up much larger audience numbers. As a result, the show was later aired by the Animax anime network all across Japan and then by other networks worldwide. Macross, another long-running science-fiction/mecha anime, was released in Japan in 1982, and companies such as Bandai again made a great deal of money out of the franchise. Backed up by a large budget and excellent animation for its time, it too was quickly licensed for distribution outside of Japan.

For international fans, the 1980s are generally considered to be the golden years of anime, and for good reason. The greatest diversity of product was being made during this period, and an extraordinary amount of money was flowing into the industry. It was no longer simply Japan but the world which had begun taking an interest, and anime viewership was subsequently beginning to expand beyond its otaku roots. Theatrical releases were growing more and more lavish, with each new film (taking their cue from Miyazaki’s huge success with Nausicaa of the Valley of the Wind) attempting to outclass – or at least outspend – the last. Some, such as Tale of Genji and Grave of the Fireflies were relatively successful. Others, such as Arion and Char’s Counterattack, like most of the other expensive animated films produced during this time, did not make back anywhere near the cost they took to produce.

The most expensive of these films were 1987’s Royal Space Force: The Wings of Honneamise and 1988’s Akira, both of which had meticulously detailed scenes, lip-synched dialogue (a first for anime at this time), and super-fluid motion, with Akira using an unprecedented number of over 160,000 separate animation cels. While neither of these films were huge successes in Japan’s box office, Akira went on to be a cult hit when shown overseas, bringing with it a much larger international fanbase and transforming it into one of the best-known examples of anime of all time.

Unfortunately, it was also around this time that things began going steeply downhill, and not just for the anime industry. By the end of the decade the anime market had grown saturated, and the Japanese economy, which had been in gradual decline for some time, was worsening dramatically. Many anime studios began closing down, while numerous companies were switching from the anime market into video game production. The only studio to really emerge as a winner of the many ambitious productions of the late 80s was Ghibli, with Kiki’s Delivery Service earning the position of Japan’s top grossing film for the entire year. Financially speaking, the rest were either floundering or dead in the water. 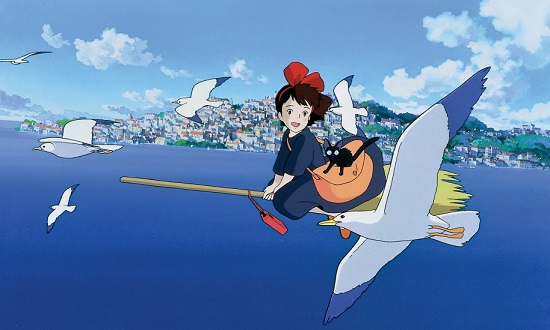 Even the home video revolution of the 80s, which meant the birth of anime OVAs thanks to video cassette recorders, could do nothing to disguise the fact that the industry looked to be in dire straits in Japan despite its still-growing popularity abroad. If anything these OVAs were a double-edged sword, since by the time people began to seriously question the wisdom of pouring so much money into these new films and TV shows, VHS was already firmly ensconced in both Japanese and American households. The so-called golden era of anime was brought to a close with the total collapse of the Japanese economy and the death of Tezuka Osamu in 1989 – and for many, this also seemed the death-knell of the anime industry as a whole.