Normally I’d be doing this closer to the season halfway point, but as I now have only a few days before moving house/country, I wanted to post this up beforehand. This’ll probably be my final proper post on Otaku Lounge before going dark for a couple weeks, but hopefully I won’t be gone too long.

So, on the last thrilling episode I had already dropped Berserk, Tales of Zestiria the X, and ReLIFE. Battery and Mob Psycho hadn’t been released but I’ve now watched the first episode of both and won’t be following either. I’m too lazy to write a whole paragraph for each of them so let’s just say that the former had gorgeous art direction but a really douchey MC, and the latter just didn’t personally appeal.

With the exception of Handa-kun and 91 Days, all of the below notes were written after having watched the first four episodes.

I gave this a second episode just to be sure but stand by what I said in my previous comments – Handa-kun’s idiotic obliviousness to every single social situation he finds himself in is funny enough, but the fanboy cast gets waaay too much screentime and adds absolutely nothing of value to the series as a whole regardless. It’s not an offensively bad show but I also saw zero reason for me to keep watching; as a spin-off it’s basically worthless, and as a plain comedy title it’s average at best. No time for average right now, sorry.

I think I want to like this show more than I actually do at this point. I have a lot of admiration for the wide settings and dedication to social and political worldbuilding, and I’ve become quite attached to a few members of the cast – most notably Daryun, Narsus, and the MC himself. Digging the change of scenery (complete with outfit changes!) this season has brought to the table as well; it’s refreshing after all the dark, muted colours and heavy armour of season one. I think we all know who I’d be rooting for in a Bandits vs. Pirates showdown. On the other hand… well, the scripting just isn’t that good, the female cast still sucks about as much as I remember, and damnit this show needs to stop with the in-show text for character introductions already! You literally can’t get any more ‘telling, not showing’ than that, and honestly I find it more distracting (and increasingly, annoying) than anything else.

I don’t have that much to add from what I said last time around. If this was a full-length episode show then I probably wouldn’t still be watching because it’s really nothing more than mildly amusing, and clearly isn’t striving to be anything else. As a 3-minute short though, there’s nothing wrong with it. I always watch random YouTube videos that pop up on my feed while eating breakfast before work, so adding Fudanshi Koukou Seikatsu to that once a week is no hardship. It’s basically fun trash, and I happen to be perfectly okay with that.

Days is just kind of sitting there for me at the moment – I liked the first episode a lot more than I did the next three, even though none of those did anything wrong that I can put my finger on. If time gets really tight then I might actually end up dropping it, because it’s not as though the show is adding anything at all new to the genre and I’m not even usually a fan of that. In fact, what with the addition of Ubukata (seriously, do sports shows just not know how to add a main girl to the cast without tossing her in the role of aggressive manager?), it might be one cliché too far for me. Any interaction between Tsukamoto and Kazama is pretty enjoyable at least, and Mizuki’s deadpan humour is great too, but that might not be enough reason for me to stick with Days the whole way through. We’ll see.

As with Days, I enjoyed the first episode of Mononokean a lot more than I did the following three. I’m even more at a loss with this one though, because while it’s neither exceeded nor disappointed my expectations in any discernible way, for whatever reason I’m just not as into it now. Maybe the return of Fuzzy will rekindle some of my enthusiasm? I doubt I’ll end up dropping it but you never know – with less and less free time on my hands, I may just have to jettison the baggage, if that’s what Mononokean eventually becomes. Cute is fine, but the show will need to prove it can do a bit more with its cast and premise than that for me to stand by it. 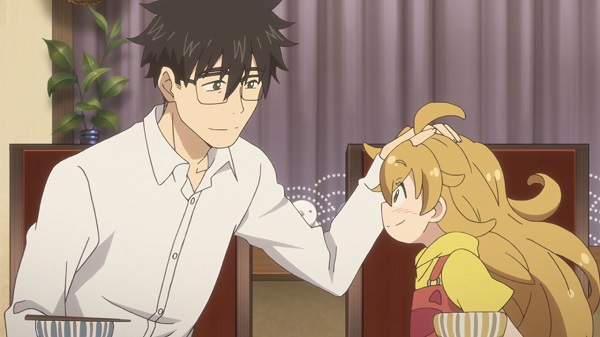 This is still a delight in more ways than one, though I have to be honest and say that Kotori is the weak link of the series for me. Don’t get me wrong, I don’t dislike her character and I’m also insanely relieved that there’s zero sign of the show going for the romance angle between her and Kouhei. However, I always get politely bored whenever Kotori eats up (see what I did thar?) too much of the screentime – I’m way more interested in the total adorableness that is Kohei and his daughter, the latter of whom I’m thrilled to say comes across as completely believable. I’m also eager to see more of the rest of the cast, who we’ve so far been introduced to only in passing or via the OP. More tiny kids being kids and fellow teachers being awesome, please! 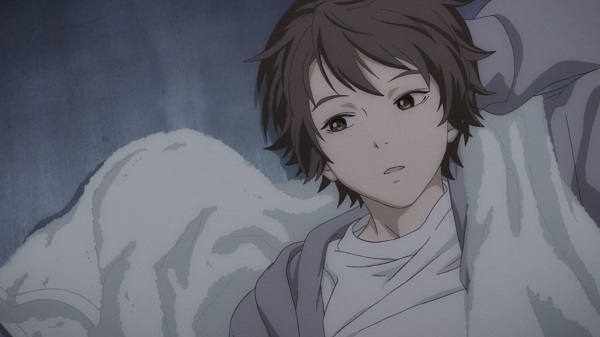 Cheer Danshi is also holding strong thanks to its continued sense of realism and great cast dynamics – main duo Haru and Hashimoto have a nicely understated bromance going on and that’s mirrored by the obviously close friendship between Gen and Ichiro, who bring a lot of good-natured comedy to the series. I know this is an unpopular opinion but I actually don’t care for Mizoguchi at all; not because he’s a dork but because his oddball mannerisms, apart from just not being that funny to me, seem totally out of place with what’s otherwise a convincing and surprisingly down-to-earth title. His character feels like it’d be more at home in something like Free than Cheer Danshi. My only other real complaint at this stage is the awful music – the OP and ED are both bland and unmemorable poppy tracks, nasally boy band stuff, and the insert tracks are all just crappy synthesizer tunes that sound like the background music at my local supermarket. By and large though, I’ve been very impressed with what this show’s been delivering thus far. 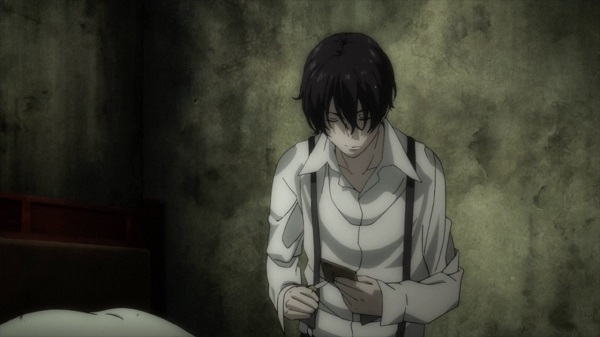 Three episodes in and I continue to be pretty happy with 91 Days. It’s got a cast it’s clearly not afraid to get overly sentimental with, it’s convincingly bloody without being exploitative or just plain dumb, and it generally steers clear of any cheap theatrics. Honestly, it feels more like an American crime drama than an anime for me at this point, which may well be the goal; if anything, my only worry there is that 91 Days will end up being utterly devoid of any sense of humour whatsoever. Don’t get me wrong, I’m thrilled that the show isn’t attempting to ape Baccano!, but it might be right on the verge of taking itself too seriously. The good news is that even if does, the writing is decent and the pacing excellent, so it should still be a very solid show overall. 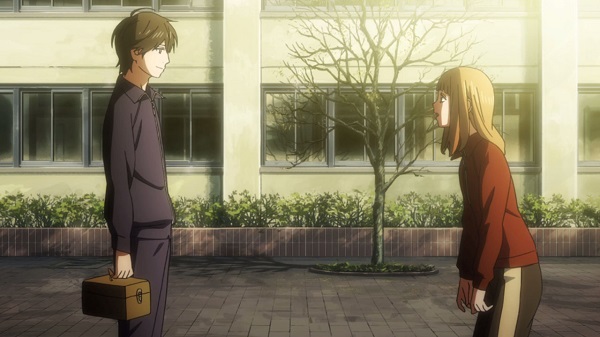 As a whole, I’m still really digging this show. Some great art direction combined with an extremely genuine-feeling cast has now turned Orange into my top pick of the season. With that said, I didn’t especially enjoy the most recent episode – the whole Oh-No- -Girl/Boy-I-Like-Is-Dating-Some-Other-Girl/Boy! storyline is grossly overused, but more importantly, said storyline didn’t exactly have the most nuanced of executions. In contrast to the realism of the rest of the cast, Ueda’s role as the shallow, possessive, and bitchy Other Woman felt more like a caricature, and that’s a real shame. I’m also getting a little worried that the beautiful, bittersweet sense of nostalgic melancholy pervading this series (in large part what attracted me to it in the first place) is crossing over into melodrama territory. I expect and even enjoy a certain level of teen angst, but I’d rather the show not wallow in it. Just something for me to be wary of in future episodes.

Question of the post: Changed your mind on any shows now that we’re several episodes in? Picked up anything last-minute thanks to someone else’s recommendation? Sound off in the comments!