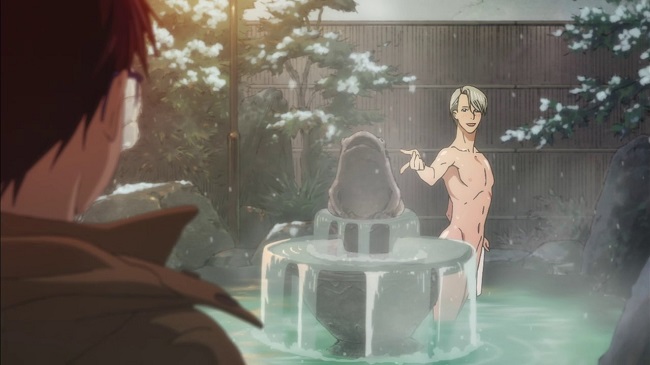 I’d normally do all of these in one shot, but with 16 shows on my to-watch list and all of them so far giving me a decent amount to say, I thought I’d break it up into two separate posts for a change. When it comes time for my usual mid-season thoughts post, I’ll go ahead and combine them again. First aired first serve, so this one features the following titles: Izetta, WWW.Working!!, Magic-Kyun! Rennaissance, Touken Ranbu, Trickster, Natsume Yuujinchou, Nanbaka, and Yuri!!! On Ice.

Lord knows I have nothing against shoujo or reverse-harem titles (Ouran is still one of my favourite anime of all time), and sometimes the really trashy stuff can be surprisingly fun, e.g. Amnesia or Dance with Devils. Unfortunately, Magic-Kyun! Renaissance doesn’t fit into that category for me. In fact, it does nothing at all but fall back on done-to-death romance tropes, right down to the earnest yet clumsy MC and her bevy of bishounen, most of whom have crappy personalities that get excused thanks to their inevitably angsty backstories. Even if this is meant to be some sort of parody – and I’m not convinced that’s the case – Magic-Kyun! Renaissance feels remarkably soulless. It’s certainly very colourful, and if you like sparkles then you’ll be in anime heaven, but that’s about all I can say for it. If you really want a trashy reverse-harem show that’s also an unmistakable parody, I recommend trying Kamigami no Asobi instead.

I really wish anime would stop ruining Edogawa Ranpo for me. In recent seasons it seems almost mandatory for at least a couple of his characters or stories to be butchered though – looking at you, Ranpo Kitan: Game of Laplace and Bungou Stray Dogs. Sure enough, strip away the by now irritatingly overdone shounen detective trappings of Trickster, and all we’re left with is just one more throwaway ‘mystery’ title with poor production values and generous lashings of angst. So much angst. I’m getting uncomfortable flashbacks to Divine Gate here, guys. On the bright side, there was only one boob joke, so I guess the writers have at least some sense of restraint. On the other hand, if you’re looking for an Edogawa Ranpo-related anime that’s actually any good, you’ll find it back in 2008 with Daughter of Twenty Faces. 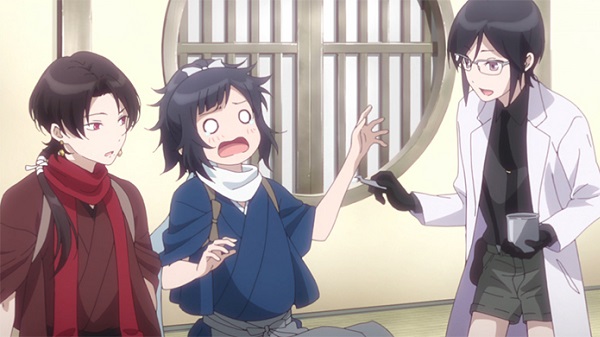 I respect that this show is teaching history through bishounen and their slice-of-life shenanigans, especially since a lot of this is stuff the target audience has to learn in school sometime anyway, but I honestly struggled just to make it through a whole episode. In part it was because I was just plain bored, but I also feel that anime has more than reached saturation point with the whole wacky-yet-adorable anthropomorphic thing. Yes, we get it, they’re moe as hell, and haha they’re also swords isn’t that hilarious?? Except we’ve already had everything from anthropomorphic trains to countries, guns to warships, so I’m only mildly surprised that this one didn’t happen sooner. I have very little else to say about Touken Ranbu. It’s inoffensive but nearly put me to sleep. Even if you were happy with absolutely nothing more than cutesy bishie eye candy, there are surely better choices out there. 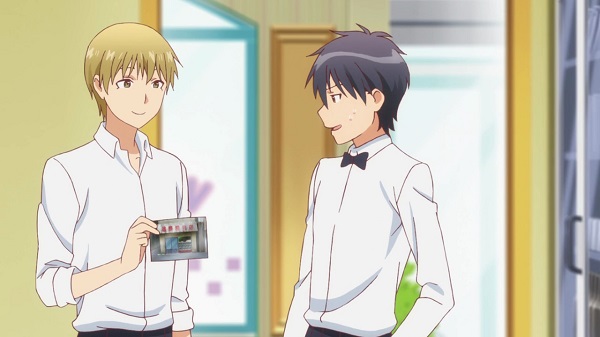 I watched and mostly enjoyed all three seasons of the first Working!! anime, but the franchise has more than overstayed its welcome at this point. This one takes place in a different restaurant of the same branch, so all the characters are new, but they feel like nothing so much as uninspired repeats even so. It doesn’t seem like the show is even pretending to try; it’s probably watchable, but it’s also bland as hell. I think I may have cracked a weak smile once or even (gasp!) twice, but ‘inoffensively dull’ is about the closest I can get to an actual compliment here. I’m more than ready to move on and I think Working!! should do the same.

I suspect that pretty much everyone going into this show will have already figured out whether they’ll like it or not. From beginning to end it’s pure, stupid fun with no pretensions of being anything else. Like an adult-orientated version of Looney Tunes, Nanbaka is aggressively colourful, likely completely pointless, and dirty in (mostly) the right places. I’m admit I’m planning on watching a second episode mostly out of plain curiosity, as I’m interested to see if and how the show’s going to keep itself fresh. The self-censorship and fourth wall breaking is neither especially clever nor original, but it was amusing enough, as was the earlier half of the episode featuring our protagonists (I wonder if we’ll ever find out what they did to deserve their prison sentence?) navigating a bunch of utterly ridiculous booby traps. However, this kind of material can only be recycled for so long before tedium sets in, so I’m keen to find out what else, if anything, Nanbaka has up its sleeve.

Goddamnit anime, stop trying to ruin what has the potential to be good! Surprisingly good, actually – despite the Totally-Not-World-War-II setting and light novel-style synopsis, there’s some really nice work going on here. Our main heroine (well, one of them anyway) is genuinely likeable – and not because she’s depicted as being cutesy or ‘adorably’ clumsy or anything like that, but instead because she’s self-contained and level-headed, and already prepared to do whatever she believes necessary in order to save her country. Bonus points for the even pacing, general lack of awkward exposition, and lush background art. Having said all that, there was also an overlong shower scene and a male villain who seemed unable to prove his villainy without implying the possibility of rape, so… yeah. I’ve seen way too much of similarly lazy writing and thinly veiled excuses to be offended at this, and I’m sure everyone has seen far, far worse in the past. Still, “I’ll watch more because I wasn’t grossly put off” seems a depressingly low bar to set, don’t you think?

I’m not biased or anything but Natsume Yuujinchou is the single best supernatural/slice-of-life anime ever created. … Alright, so maybe I’m a little biased. But I have every right to be, just as I have every right to be blissfully content that we’re getting a fifth season of this gorgeous work. I don’t generally like or watch long-running shows, but Natsume Yuujinchou is special; it has such fantastic character growth and such a deftly nostalgic touch that I don’t think anyone could possibly dislike it. And fans of the series can safely rejoice – this is exactly the same series in nearly every single way as in the previous four seasons, the only change-up being that the studio went from Brain’s Base (who, let’s be honest, hasn’t produced anything truly great since the previous Natsume Yuujinchou in 2012) to Shuka. Since this hasn’t made any impact on the art style, or on anything else I can see, I’m pretty okay with that. 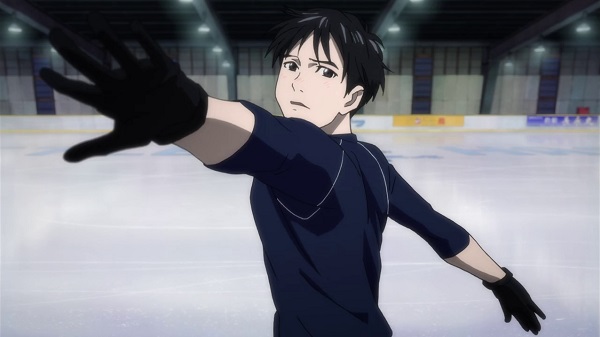 I’m putting this one veeery slightly above Natsume Yuujinchou because while that show, being on its fifth season, has nothing to prove, Yuri!!! On Ice does. And oh my does the premiere ever deliver. I just assumed going in that the series would be good, because I have a hard time imagining that anything Yamamoto Sayo helms could ever be bad, but I didn’t allow myself to imagine it would be this good. I love pretty much everything about it I’ve seen so far – the way Yuri (Katsuki) and his family’s dynamics feel effortlessly natural right off the bat, the way the very personal drama is carefully balanced by the moments of warm humour, the comparative realism of many of the character designs, the gorgeous animation and choreography. All jokes about manservice aside (and I do expect a lot of them), Yuri!!! On Ice really is something else. Delightfully bold, charmingly subtle, and beautifully crafted, this is everything I wanted and more, and hands down the best anime premiere I’ve seen in years.

Question of the post: Favourite and least favourite shows of the season so far? For good or for ill, is there anything that came as a major surprise to you?