It’s been a whirlwind year in the Japanese music industry. Influential singer/songwriter Utada Hikaru released her first album in eight years; Boom Boom Satellites released their final (gorgeous) record before the passing away of vocalist Kawashima Michiyuki; iconic boy band SMAP disbanded after a run of nearly three decades; and BABYMETAL took one step closer to world domination when they opened for Red Hot Chili Peppers on their UK tour. To nobody’s surprise, fan-favourite idol groups such as Arashi and AKB48 continued to top many of the charts, but they were far from the only fare on offer in 2016.

As always, the following list was compiled solely of full and original studio albums from a single artist or band – covers, compilations, collaborations, EPs, and live albums were discounted. Also as usual, I’ve ordered them by release date rather than from best to worst or vice versa; I don’t really have one solid favourite from among them.

Overall this album is a pleasure to listen to thanks to its light and optimistic feel – perhaps something of a rarity for an alternative rock band. There’s a nice variety of both fast and slower tempo tracks here, although as a whole the album feels extremely cohesive rather than just a collection of decent songs. While there are only a couple that really stand out to me, namely ‘Hello, world!’ and ‘Butterfly’, most have a really great buildup and there’s only one I dislike (‘Parade’) thanks to its blatant use of completely unnecessary auto-tuning. Otherwise, Butterflies is a solid, albeit fairly conventional work.

SCANDAL made it back onto this list in 2014 with HELLO WORLD after a string of disappointing releases, and I’m happy to report that their next album is also pretty decent. Yellow starts off strong and for the most part keeps it that way, with a lot of tracks that are less cutesy pop and more reminiscent of their earlier indie-rock. There’s nothing worse than a band sounding like they’re trying too hard to be cool, but this album actually feels pretty laidback and for that reason is genuinely fun to listen to. ‘Room no. 7’, ‘Heaven na Kibun’, and single ‘Stamp!’ are all good songs, and once again there’s only one I dislike, ‘Konya wa Pizza Party’. That said, I’ve never been a fan of Tomomi’s distinctively high and squeaky vocals. Thankfully, Haruna takes the lead for the majority of Yellow and it’s a reasonably smooth ride the whole way through.

While not as amazing as her debut album, Shishido’s Toridori is also no disappointment – not by a long stretch. This woman has a ton of attitude and has no interest in playing coy or cutesy; she’s fierce and she knows it, and her particular style of rock is once more very evident here. Though her vocals definitely won’t be to everyone’s taste, Shishido has a surprising amount of range and proves it again on Toridori, with ‘Get up!’, ‘Ashita wo Narase’, ‘ROLLING ROLLING’, ‘Saiteina Yoru no Ato’, and ‘Haru no Yakusoku’ being the standouts of the album. Kavkanize ultimately had more punch to it but this album is a decent follow-up, and one that I think shows how Shishido is maturing as an artist.

Nishino Kana really isn’t my usual style, as I like neither R&B nor bubblegum pop, and as a result haven’t truly liked a single of hers since ‘Aitakute Aitakute’ back in 2010. Despite that, Just LOVE has an undeniable charm to it, and is an album I didn’t expect to like as much as I do. The first half is probably stronger than the second and I can easily see how Nishino’s style, while extremely popular among teens, would come across as too young for a lot of adults. However, she has a lovely voice regardless, and Just LOVE has a very nice energy to it that’s both clean and fresh. There’s no song I actively dislike, but ‘Have a nice day’ and ‘Moshimo Unnmei no Hito ga Iru no Nara’ are among my favourites, while the very catchy ‘Torisetsu’ basically became my unofficial anthem of the summer. 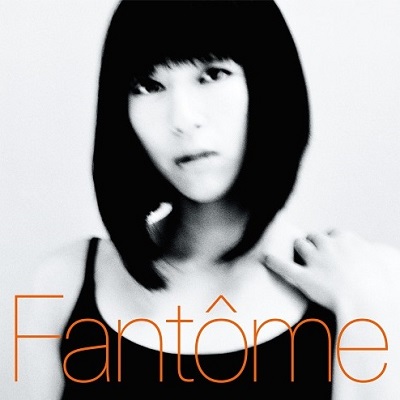 If I hadn’t put this one on the list I think I might’ve been shot. That said, I truly do feel that Fantôme deserves a place on this list. I’ve never been a fan of Utada in the least, but this album has a far more sophisticated air than much of her earlier work – and so it should now that eight years have passed and Utada is at such a different stage in her personal life. There’s a kind of almost jazzy sexiness to tracks like ‘Ore no Kanojo’ and ‘Arano no Ookami’ that I really like, while slower tracks like ‘Ningyo’ and especially ‘Sakura Nagashi’ betray a lot of genuine emotion and vulnerability. Overall Fantôme feels like quite a slow album, though that’s not necessarily a negative. If anything, it lends a more mature sound to Utada’s work and helps prove to me that her recent success is down to far more than simple nostalgia.

This album came as a surprise to me; given what I thought of the duo’s two albums last year, I hadn’t expected to like violet cry anywhere near as much as I did. Granted, it’s not a perfect album – the first half feels significantly stronger than the second, the latter of which goes less rock/electronic and more traditional pop, and loses a lot of its energy along the way – but on the whole, I’m impressed. Where both Linkage Ring and BiRTHiA in 2015 were oddly bland and underwhelming overall, violet cry has the kind of spirit and liveliness I’d been anticipating from a unit like GARNiDELiA from the get-go. Most of the tracks are at least solid, although there are also several standouts including ‘REAL’,’ Yakusoku – promise code –‘, ‘Burning Soul’, ‘LIFE’, and ‘Kawaranai Mono’.

Of course, there were also plenty of albums I listened to that didn’t thrill me. Below are the ones I couldn’t justify labeling as favourites for various reasons.

The Oral Cigarettes – FIXION (January 5th)
This is a decent enough album but lacking not only in standout songs but also standout vocals. There’s really nothing that sets apart this singer from any other to me, and while I don’t mind the general style, I do think the band itself sounds a bit generic.

KANA-BOON – Origin (February 17th)
Again, this is a fine album in its own right but just seems to lack something, and the second half is a lot stronger than the first to boot. I was looking for something with more funk and less generic pop-rock like their previous album, TIME, which as a whole felt a lot more memorable to me.

flumpool – EGG (March 16th)
Some of the songs on here have a harder rock sound than their usual, and mostly I prefer these to the more pop-orientated tracks, otherwise the band gets to sounding almost generic boyband-ish. There are actually some pretty good tracks, including some ballads as well as harder fare, but overall the album is nothing special.

Hello Sleepwalkers – Planless Perfection (March 23rd)
In general I found this album fairly dull. It even comes across as a bit teenage at times, though there are a couple of songs I really like and the female vocalist (who is either new or who I somehow completely missed last album) adds a lot of interest to the songs. It makes me want to keep my eyes on these guys.

Perfume – COSMIC EXPLORER (April 6th)
One of these days, Perfume will release a whole album I like enough to put on the main list. Not this year either though, unfortunately. I do like Perfume quite a bit and have mad respect for them as a group, but I’ve yet to find a whole studio album I like enough to buy – especially since some of their best singles only get put on their albums as remixes, which sound vastly inferior to the originals.

Yanagi Nagi – Follow My Tracks (April 20th)
This is one of my biggest surprise disappointments of the year. It’s a strangely light album, with most of the songs sounding like they belong in some generic magical-girl anime. I know Yanagi can do dark and angsty and I tend to prefer her that way, yet had I not already known I was listening to her, I probably would’ve mistaken these songs for being sung by someone like Aoi Eir or LiSA.

Gackt – Last Moon (April 27th)
I feel like I can’t in good conscience put Gackt on the other list, if only because I outgrew him at around the same time I stopped listening to Evanescence while writing terrible poetry, but this album actually isn’t bad. The guy can still rock out, and there’s something to be said for the old-school visual kei days. Besides, the man knows how to put together a damn good power ballad, even if the theatrics seem a bit outdated by now.

Hamasaki Ayumi – M()DE IN JAPAN (May 11th)
This isn’t one of Ayu’s worst albums by a long shot, but it’s also far from one of her best. Only two tracks stood out to me in any way at all – ‘FLOWER’ for its urgently rock-heavy feel and ‘Breakdown’ for being a pretty decent power ballad – but the rest of the songs on here are immediately forgettable.

Ieiri Leo – We (July 6th)
I feel terrible for saying this because Ieiri’s vocals are still as light and lovely as ever, but this is just way too bland. Most of the songs on here lack in any kind of hook, and while I dearly love ‘Kumi ga Kureta Natsu’, that’s the only single from the album I truly like. The other tracks, especially the faster-paced ones, are surprisingly boring, so this is my second major disappointment of 2016.

Unison Square Garden – Dr.Izzy (July 6th)
This is… actually, it’s pretty okay, not a bad effort at all. I admit I was expecting worse. The main problem is that the album is inconsistent, with a few good songs and a bunch of other forgettable ones. Although it could also be that, as with The Oral Cigarettes, the songs themselves are fine but the vocalist doesn’t have enough to make them stand out enough.

TK from Ling Tosite Sigure – white noise (September 28th)
There’s actually nothing wrong as such with this album either, but unfortunately, TK’s vocals really only suit slower songs or power ballads. His very distinctive vocals work for songs that are specifically designed to sound super angsty and emotional, because he sounds like he’s about to burst into tears at any moment. In faster songs, they just sound weird and out of place, and since that’s nearly half of the album… yeah.

Kimura Kaela – PUNKY (October 19th)
My third big disappointment of the year because while there aren’t any songs here I object to, the album as a whole is a far cry from her previous Mieta, which made it onto my favourites list for 2014. PUNKY isn’t too cutesy, it’s just lackluster and weirdly mainstream. The second half is much better than the first, but really the only song worth mentioning here is ‘Suki’. Most of the rest are oddly bland.

Question of the post: What was your favourite J-pop/J-rock album of 2016? Were there any pleasant surprises or surprising disappointments?