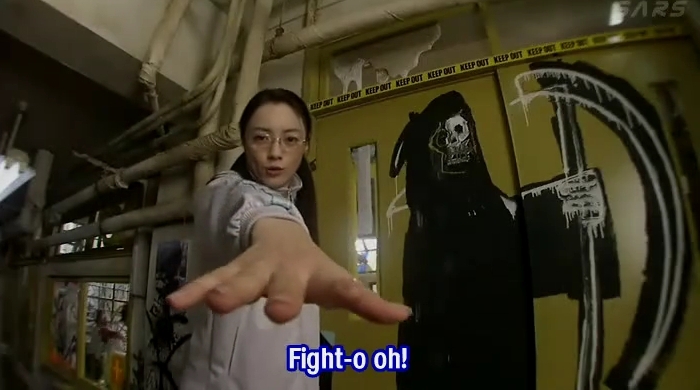 It probably comes as no surprise to readers of Otaku Lounge that, alongside anime, I also consume other forms of Japanese pop culture. I listen to a lot of Japanese music, watch a decent number of live-action Japanese films, read some Japanese novels here and there, and very occasionally dabble in light novels and manga. However, I’ve had comparatively little experience with Japanese live-action TV, and decided a few years ago that this was something I should probably remedy – admittedly mostly out of a kind of morbid curiosity, since I loathe soap operas and was pretty sure I’d be getting the Japanese equivalent.

The following list is a (veeery slowly) ongoing one, not of my favourite or least favourite doramas but simply the most notable I’ve watched so far. I’m going to talk about the things in each I liked, the things I didn’t, and hopefully get a sense of how I feel about doramas overall in the process. The below titles are listed simply in the order I viewed them, and at some point there’ll be a part two to this post in which I go over three more doramas in the same fashion.

Just to make one thing very clear: yes, I know the live-action TV series of Hana Yori Dango is based on the manga of the same name, and yes, I know that said manga is absurdly popular, both in Japan and overseas. I also know there’s a Korean version of the dorama. However, I haven’t read the manga/seen the other dorama and I have absolutely no intention of ever doing so. Purely for the purposes of this blog post, I’m going to act as though neither of these things exist.

I guess I’d normally do that anyway, my general rule of thumb being that I should ideally be able to treat any story (with the exception of direct sequels) as a completely standalone piece of work. Thing is, I want to do that even more than usual this time around because, quite frankly, I hated Hana Yori Dango. I watched the entire show beginning to end, and the only reason I didn’t quit halfway through (or long before) was that for once, I had a friend watching along with me. Things tend to be a lot more tolerable when you’ve got a snigger-buddy.

Seriously though, I’m struggling to call to mind a single thing I liked about this series. The acting is so overdone that I was half-convinced everyone was in on some horrendously thought-out prank, nearly every single character is as cringe-worthy as the writing itself, and gang-rape scenes just aren’t my idea of a good time – no, not even when they lead to unexpected romance. You’d be forgiven for thinking that I somehow got Hana Yori Dango confused with a skeezy porno, but I assure you, this is what apparently passes for decent teenage romantic drama in Japan. I kind of, sort of, maybe get what the story is going for (plucky, wholesome, hard-working middle-class girl vs. ridiculously rich and influential, yet charmingly idiotic boy à la parts of Ouran High School Host Club), but there’s just no sugarcoating the rampant bullying and honest-to-god attempted rape that goes down here. It’s not cute, it’s not funny, and it sure as hell doesn’t equal good relationship material in my books. Besides, Tsukasa has the emotional maturity of a sociopathic 10-year old. Will someone please tell me how that can possibly be construed as attractive? 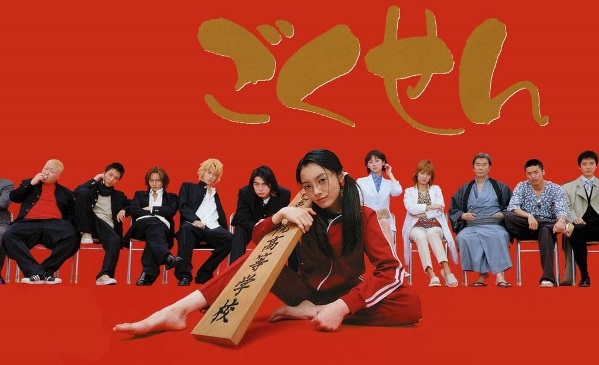 It seemed a miracle after watching Hana Yori Dango first, but MatsuJun actually did star in a series I genuinely enjoyed. It was a popular one, too – while I only watched the first two seasons, Gokusen got three of them plus two live-action films. Again, I never did read the manga that the dorama’s based on, nor did I watch the anime (that art style just isn’t my thing), but I found this story a lot of fun.

Don’t get me wrong, a lot of the technical aspects that I disliked about Hana Yori Dango held true for Gokusen – and, I suspect, are par for the course in live-action TV dramas in general: the acting is often hilariously overdone; the whole thing looks fairly cheaply shot; and the story telegraphs plot points like it assumes the viewer is either completely drunk or completely unable to follow a story that shows even the slightest signs of subtlety.

All that being said, I had a pretty good time with this. It’s not a particularly deep or clever story by any means, and it rehashes old themes again and again rather than going on to explore new ones (struggling teens vs. judgmental adults, ‘bad’ kids who are just vulnerable themselves, teaching as a type of parenting rather than simply a job, etc. etc.), but Gokusen executes all this was a certain charm that I didn’t really expect. Partly it’s down to Yankumi being such a delightful (albeit often bumbling) female lead, and partly it’s down to her three main yakuza underlings, who are more idiotic than she is and yet somehow never seem to get old. Mainly though, it’s probably because Gokusen never takes itself too seriously. Sure, it’s a dorky yet heartfelt drama as well as a more straightforward comedy, but unlike most other doramas I’ve watched, the comedy works with the more dramatic aspects to create a surprisingly well-balanced work. The series might not be believable in the least, but since it never gives the impression that it’s trying to be, I was able to watch without too much annoyance. 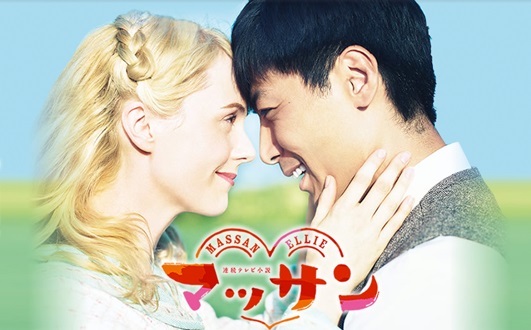 I got a lot of mileage out of this one, mostly because it was really popular when I was actually living in Japan. And by ‘mileage’ what I really mean is ‘slightly long-suffering amusement’, since I got told by a bunch of my Japanese friends on several different occasions that I looked a lot like the heroine – even though a) aside from having blonde hair, I look absolutely nothing like the heroine and b) the heroine herself looks absolutely nothing like the real historical figure she’s portraying (including, ironically, her hair colour).

On the one hand, as the only “asadora”, or “morning drama” on the list, Massan’s runtime of 15 minutes per episode meant that I didn’t burn out too quickly. There was enough going on in each episode to keep me entertained, but not so much that I felt like I needed a breather of a few days (or more) between them. Interestingly, American actress Charlotte Kate Fox was the first leading foreign actress to star in any NHK morning drama, a fact I was acutely aware of, and for what it’s worth I think she does a decent job in her role – including the Scottish accent (though I admittedly have no idea what anyone of Scottish descent thinks about that).

On the other hand… well, I get that realism isn’t exactly the name of the game for a lot of dramas, Japanese or otherwise, but there are some things I just can’t quite manage to ignore. Like the idea that although Ellie can speak very little Japanese at first, she for some reason still thinks in Japanese. I mean literally, she has a Japanese inner monologue going on for most of the show. I also could’ve done without the stereotypical sweetness and light act; there are other ways to show that a female character is a good and kind person without her being able to sing well and immediately charm the neighborhood kids, y’know? Basically, I found the dorama inoffensive, but also faintly ridiculous and pretty average in terms of my own enjoyment. Though apparently Massan was a hit with housewives and middle-aged women, so maybe I should just try again in a decade or so.

Question of the post: Have you watched any of these doramas, and if so, what did you think? Do you have any thoughts on Japanese doramas in general?