This year’s list is a little lighter than in 2016, when I listened to 18 Japanese studio albums total (in comparison to 13 this time around). However, I think that’s more of a reflection on my own time constraints as opposed to any particular dip in the Japanese music industry, and I managed to find a handful of albums that really stood out to me regardless. As always, the following list, arranged in order of release date, is comprised solely of full and original studio albums by a single artist or band – no covers, compilations, collaborations, EPs, or live albums.

My main complaint with ONE OK ROCK’s previous album released in 2015 was that it sounded immature – the kind of album I’d have played in my teenage years while sitting in a dark room writing bad poetry. This album, on the other hand, while still undeniably of the angsty rock persuasion, has a much more solid feeling to it, which I didn’t necessarily expect given that almost every song is sung entirely in English. Overall I still tend to prefer the band’s Japanese material, and I have to say that the first half of Ambitions, which contains most of the released singles, is better than the second. I have a particular fondness for ‘We are’, ‘Taking Off’, and ‘20/20’. Still, it’s a solid work in its entirety and has some genuine depth to it, so I’m happy enough.

I’ve been waiting on this album a long time and I’m glad to say it doesn’t disappoint. All the big singles we’ve heard so far from Sayuri are here – ‘Mikazuki’, ‘Heikousen’, ‘Sore wa Chiisana Hikari no Youna’ – along with some other very catchy tracks that haven’t been released as singles, such as ‘Bake a Cake’, ‘A Bee and Circus’, and ‘Raisedeaou’. If I have anything negative to say about Mikazuki no Kokai it would be that the first half is probably stronger than the second, but this is still an extremely solid debut, with a lovely dark feel that nonetheless isn’t lacking in either energy or playfulness. As far as I’m concerned, Mikazuki no Kokai wins best overall album of the year. 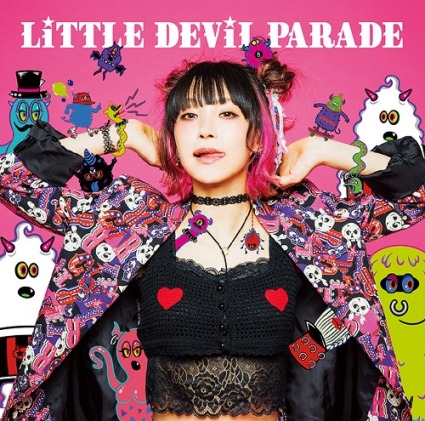 Wow, this is a real headbanger. Don’t get me wrong, LiSA still easily falls into the pop-rock category – she just doesn’t have the vocals to go full-on rock in the Western sense – but the emphasis here is definitely on that side of things, especially with songs such as the titular ‘LiTTLE DEVil PARADE’, alongside the likes of ‘LOSER’, ‘the end of my world’, and ‘Empty MERMAiD’. Featuring primarily fast-paced tracks with plenty of heavy guitar and drum work, not to mention a ton of energy and attitude, LiTTLE DEViL PARADE is a very strong album all-round and might even be LiSA’s best one to date. Glad to see she’s not slowing down.

Although lacking in that funk-rock feel of KANA-BOON’s previous album from 2015, NAMiDA is still a solid rock album in its own right. It has a number of pretty good tracks – my personal favourites being ‘Bye Bye Hello’ and ‘Wake up’ – but in fact, I don’t really think there are any duds here at all. Typically, even on some of my favourite albums of all time, there are one or two songs I prefer to skip when they come up, but on both first and second listen, NAMiDA doesn’t have any of these. My only real criticism of the album is that some of the songs sound pretty similar, especially in terms of tempo, and that lack of variety makes it less memorable than it should be. On the whole though, I think this is a strong and impressive work. 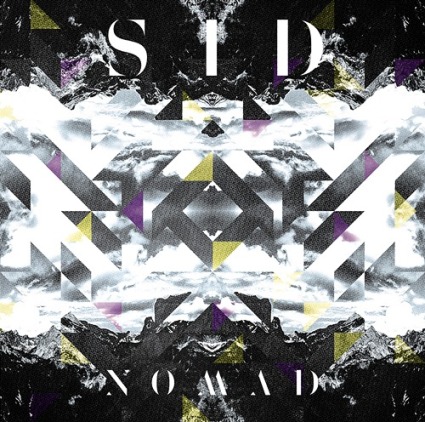 I gotta be honest, while I really dig a lot of SID’s singles, and have done for about the past decade, I’ve never liked any of the band’s albums enough to actually buy one. NOMAD, however, certainly strikes me as SID’s best overall album to date, and not just because I’m getting some early-2000s Gackt vibes from it. While very obviously rock, NOMAD isn’t too heavy for me to comfortably listen to, and there’s a decent mix of both fast and slower-paced tracks. My personal favourites are the titular ‘NOMAD’ as well as ‘XYZ’, but I actually quite like most of the songs on here, and was pleasantly surprised by the quality of the album as a whole. Good stuff.

THE ORAL CIGARETTES – UNOFFICIAL (February 1st)
There are a few decent songs here – most notably ‘Akugi Showtime’, ‘WARWARWAR’, and ‘Shala La’ – but this album sounds like it’s trying too hard to be cool and edgy and got lost somewhere along the way. In particular, the lead vocalist performs like he’s attempting a far deeper voice that he actually possesses, which makes UNOFFICIAL seem a bit pretentious and even fake at times.

Goose House – Heptagon (February 22nd)
I’ll just come out and say it, Heptagon is a bland album. While there are some nice enough songs, like ‘Koi to ame’, ‘Warui Ousama no Ohanashi’, and ‘Ano Hi no Uta’, that’s all the album ever is – nice. There’s no particular sense of energy to the majority of the tracks, and most of them I forgot as soon as I finished listening to them.

Otsuka Ai – Love Honey (April 12th)
‘Sakura Hara Hara’, ‘make up’, and ‘FrogFlag’ are all decent songs, especially the latter with its playfully jazzy feel, but on the whole, Love Honey just isn’t all that memorable. I respect that Otsuka’s going for a sexier and more mature sound, but it’s a shame it doesn’t really work for her in this case.

Kitade Nana – VIOLET BLAZE (May 3rd)
This one’s a major disappointment for me. I’ve been a Kitade Nana fan since way back and once adored her goth loli style, but I get that artists move on and evolve over time. That said, I literally did not recognise Kitade’s voice at all here; her vocals have completely lost that frenzied, high-pitch note that made her so distinctive in the first place, and now just sound dully generic. I wouldn’t say VIOLET BLAZE is a terrible album, but there were zero standout tracks for me and a marked lack of energy.

Haruna Luna – LUNARIUM (June 21st)
Compared to 2015’s Candy Lips, this is a disappointingly weak album with overly sweet, poppy vocals that sound thin, even lifeless at times. There are a couple of okay songs like ‘MONSTER’ and ‘Junshin Crisis’, but even the singles aren’t that good.

Nishino Kana – LOVE it (November 15th)
I really enjoyed Nishino’s album that came out last year, but LOVE it is only okay by comparison. It’s the kind of album I wouldn’t complain about if it was on in the background, but which I also wouldn’t go out of my way to listen to at any time. With the exception of ‘Liar’, none of the tracks are particularly catchy and in general, they sound a bit cutesier and girly – even childish – that anything on Just LOVE did.

angela – Beyond (December 20th)
An entirely forgettable album with only two good songs – ‘Boku wa Boku de Atte’ and ‘Prologue’ (and the former is actually a collaboration between angela and fripSide anyway) –Beyond isn’t really worth anyone’s time. The vast majority of tracks are boring and mediocre, and in a couple of cases they’re annoying and grating on top of that. Just buy their next compilation album whenever that comes out instead.

Question of the post: What was your favourite J-pop/J-rock album of 2017? Were there any major surprises or disappointments for you?