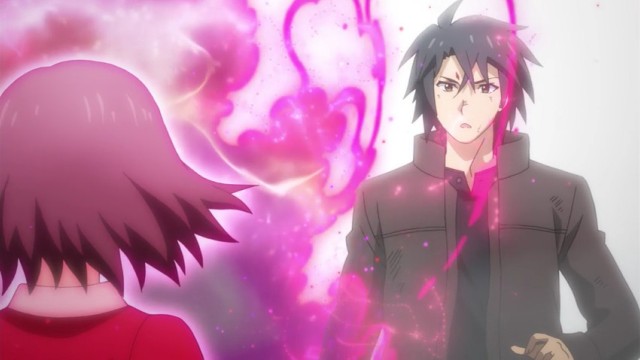 In the year 2050, a young engineer named Derrida discovers a bug in the “Autonomous Machine DZ” he has helped develop. Very nearly assassinated because of this knowledge, which his boss desperately wants to cover up, Derrida manages to escape – only to stumble into a cryogenic sleep chamber and wake up 10 years later, to a post-apocalyptic world taken over by weaponized DZs gone rogue. If all this sounds like it at least couldn’t possibly be boring, think again.

I would probably have still been on board with this show if the opening episode had only turned out to be messy. It might not have been good, but it would at least have been interesting. Instead, we get twenty minutes of exposition as the series tries to fit in every piece of important (and not so important) scientific information, every bit of apparently necessary worldbuilding, every painfully obvious attempt to get the viewer emotionally invested in a little girl nobody has any reason to care about. And at the very end, roughly two minutes of anything even remotely attention-grabbing actually occurring. 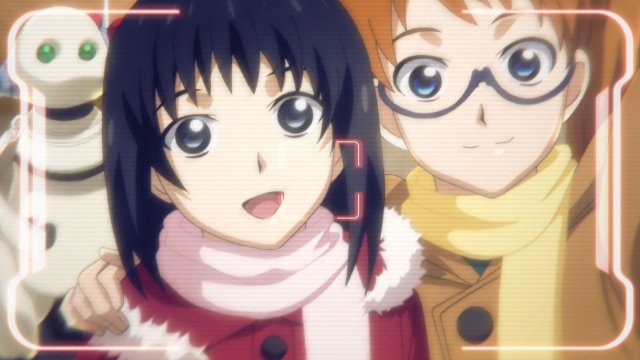 But hey, once the first episode is finally through, we get some payoff in the second in terms of story, right? Nope, and by the end of that one I couldn’t be bothered watching the next two that are already released to find out. True, the second episode is better than the first, but only because we get to see boring stuff happening as opposed to just hearing people talk about it – and frankly, even that much is debatable. I mean yes, there are robots walking quite fast and shooting badly at people, and boss guy somewhere in his office acting cartoonishly villainous and greedy (think Dr. Evil crossed with Trump), but other than that, surprisingly little is achieved in terms of either plot or character development.

That’s okay though, because the saving grace of this anime is the visual design. RErideD does after all take place in the post-apocalyptic future, so obviously everything appears grimly fascinating and viscerally dark. The artwork is bold and original, depressing yet somehow also brave and daring… said nobody at all about this show. It’s bland, flat, and generic, with average animation and bog-standard character designs that inhabit a setting which could only be described as unimaginative. I don’t know what happened to Yoshitoshi Abe’s highly distinctive style, but save in the ED, absolutely nothing of it can be seen here.

This all might sound unreasonably harsh. I can say with a fair amount of certainty that RErideD is going to be far from the worst series airing this season; it’s tedious, not terrible, and nor is it in any way offensive. For all I know, it might even be one of the better fall titles when all is said and done. But unless I’m left with almost nothing else to watch, I doubt I’ll be coming back for more.

Question of the post: What did you think of the first episode (or several episodes if you got that far) of RErideD? Am I being too hard on the show, or is it really just that dull?