This is Kappa. She was the one of several rescues I made in Japan over the past few years who ultimately survived. The rest, despite immediate vet care, eventually died due to the severity of their injuries or illnesses. I and a fellow lover of cats kept Kappa in our respective houses for several months, although we weren’t supposed to – like many apartments in Japan, big or small, pets were not allowed. However, the reason I’ve chosen this particular photo to post about is not just because I love cats, but also to highlight exactly how much of a problem Japan has with stray animals, and with cats in particular. 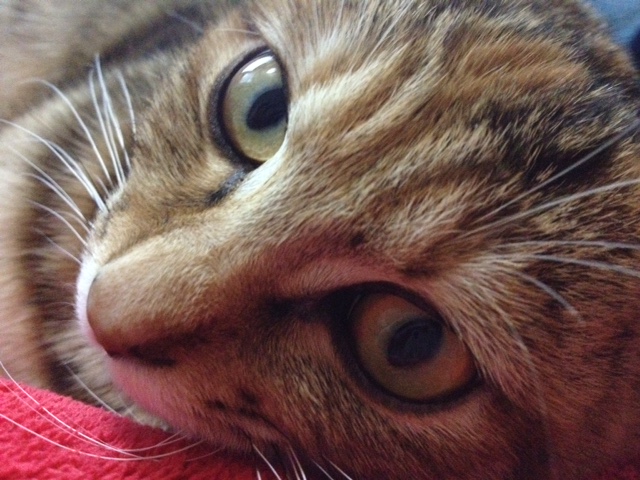 Unlike many other first world countries, Japan has extremely few animal shelters given the size of its population. Those that do exist tend to be found only in the most major of cities. Needless to say, such shelters simply don’t have the money, time, and other necessary resources to deal with the large number of stray cats brought in each day. It’s been estimated that they euthanize around 80% of their animals as a result, typically after a period of around 3 days.

This still leaves well over 60,000 stray cats here in Japan, a great many of whom are left to fend for themselves in more rural areas. Since the majority of pet owners (including those who lose or simply decide to dump unwanted animals) rarely neuter their pets, the cats especially reproduce very quickly, exacerbating the problem. Inevitably, these cats and their offspring frequently die from exposure, starvation, and of course, being hit by vehicles.

Moreover – and I’ve certainly experienced this firsthand – the general attitude towards animals in Japan is that they are things to be owned or abandoned rather than living, breathing, feeling beings. Leaving them by the roadside in some remote location is viewed as bad because it’s against the law and against social mores, but not necessarily because it causes the animals harm or is viewed as immoral as far as the animals themselves are concerned.

I’m glad I was able to help rescue Kappa, eventually take her to the vet to be neutered, and find a home for her once she’d grown up a bit. But she’s only one cat, and I’m only one person. This post is also for Moku-chan (pictured below), who died after several painful weeks of nursing due to a suspected brain injury after she was dumped and hit by a car in my hometown in Ehime, and who gave me all the love she had to give in her tiny body anyway. It’s for Samson, a stray living around my next house in Fukui who also died after being run over, despite me negotiating a few private English lessons in exchange for an expensive surgery for his damaged spine. It’s for the kitten I found already dead in a bus shelter trash bin, and for its sibling I heard meowing nearby but never managed to find. It’s for every cat still out there with no home and little hope – and for every person who might just be able to do something about it.

11 thoughts on “Life in Japan in Photos: Kappa”