This year on Otaku Lounge, I wanted to introduce something a bit different. Along with the usual anime-centric content and the new Life in Japan in Photos post series I started last August, it occurred to me that people might want to know more about very specific topics or questions relating to Japan – not in relation to anime or general pop culture necessarily (although that’s fine too), but more in terms of everyday living.

I’ve started this post off with some questions friends and family members have asked me directly while visiting me in Japan, but the aim of this new series is to take suggestions from readers of Otaku Lounge as well. So if you have a Japan-related question you want answered, by all means let me know in the comments, or else feel free to contact me directly via the blog’s private contact form. If I don’t already know the answer myself, I’m sure my Japanese friends or co-workers would be more than happy to help shed some light on the topic. Unless the answer gets particularly long, I’ll likely be answering 2 or 3 questions per post.

Why do so many people in Japan wear surgical masks?

Coming from a culture where people don’t wear surgical masks unless they’re performing a surgery or dealing with biohazardous chemicals, it was pretty strange to come to school one day and see that Every. Single. Person was wearing one. Every student. Every teacher. The admin guy. Literally everyone. Had there been some crazy virus outbreak from a lab? Perhaps a radioactive incident? The answer I got: “Oh, two kids came down with the flu.”

As I quickly gleaned, surgical masks are very commonly worn in Japan not just by sick people, but also by perfectly healthy people so as to prevent them from getting sick too. If even just a couple of people are sick at a school or in an office building, the chance of everyone else also donning a surgical mask is pretty likely. It’s also not at all rare for a school to literally order that all students and teachers wear a mask during flu season. (Also, while my own country’s reaction to someone coming down with the flu is typically along the lines of, “Oh, that’s too bad”, in Japan people go into serious panic mode and immediately quarantine that shit.) Moreover, to be seen coughing and sneezing a lot and yet not be wearing a surgical mask – even if it’s just due to allergies rather than a transmittable illness of some kind – is usually deemed socially inconsiderate at best, and downright rude at worst.

However, there are numerous other reasons for people to wear surgical masks. They’re extremely shy and looking for any way to avoid unnecessary social interaction. They’re self-conscious about their physical appearance and are going out without first applying make-up. They’re walking or cycling to work or school in the morning and it’s cold outside. They’re using their colourful, patterned, or character/brand-logoed mask as a legitimate fashion accessory. Yes, all of the above are seen as perfectly valid and commonplace reasons to wear a surgical mask in Japan, no matter who or where you are in the country.

What’s with the prevalence of convenience stores in Japan?

Convenience stores in Japan aren’t just stores – they’re more like a national institution. But why, you might ask? Aren’t supermarkets cheaper? Do people actually need 3 convenience stores on the same block? Does there really have to be a Lawson right across the street from another Lawson?

While convenience stores in my own country (commonly known as ‘dairies’) are fairly small and don’t tend to sell much other than food – and mostly only pricey junk food at that – I learned extremely quickly once moving to Japan that convenience stores here are genuinely convenient. I’m not just talking about the reasonably-priced food, much of which is quite fresh and ranges from your typical chocolate bars and packets of potato chips to entire and surprisingly delicious meals like pasta, curry, and more traditional Japanese fare that you can ask to be warmed up on the spot. I’m not even talking about the ability to also buy basic cleaning, hygiene, beauty, electronic, stationary, clothing, or entertainment products. 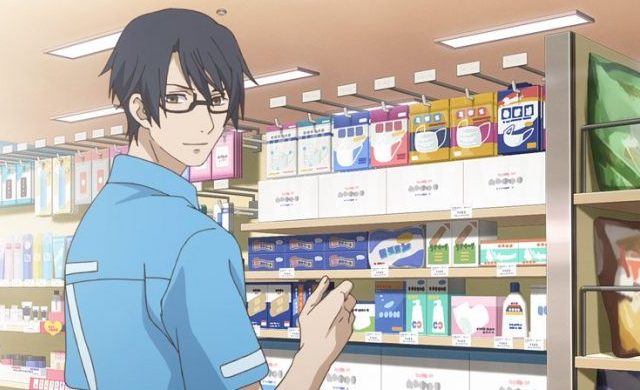 You can also do the following at almost any convenience store in Japan at any time of the day or night: pick up packages that you didn’t want delivered to your house, pay for and post your own mail, pay your phone, electricity and gas bills, purchase tickets for public transport, sports events, theme parks, concerts and museums, photocopy, scan and fax documents (faxing rather than emailing still being exceedingly common in Japan), access free Wi-Fi, use the 24/7 ATMs (nearly all other ATMs in Japan close in the evenings), and use ready-boiled water to eat your recently-purchased cup ramen on the go. I’ll also add that convenience stores are always well-cooled in summer and well-heated in winter, and that I’ve never once been given a dirty look for using a convenience store bathroom without buying anything first – and yes, those bathrooms are generally kept pretty spotless.

Finally, lest I forget, convenience stores in certain areas here, particularly in more rural locations, are often designated hangout spots for coworkers to openly chat with each other about their work woes (usually while copiously smoking), or if they’re kids, socialize outside of school hours – the latter so much so that one school I taught at actually banned kids from going there at all during exam period unless accompanied by a parent.

In short, convenience stores are so prevalent in Japan because they offer a hugely wide range of services, are not hideously overpriced, and are usually open 24/7 in even the most rural of areas. Moreover, in a city like Tokyo with a metropolis population of close to 14 million people, many of whom work from first thing in the morning until very late at night, these convenience stores are not a commodity; they’re a truly essential part of everyday life.

Question(s) of the post: First, for those readers living outside of Japan, do you personally ever wear a surgical mask, and if so why? Second, are convenience stores actually convenient where you live, and how often do you typically find yourself visiting one?