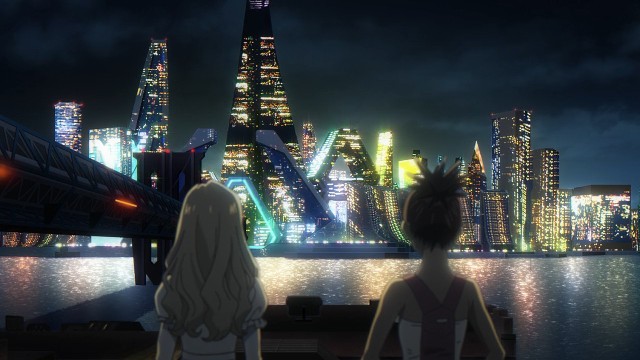 Last but certainly not least, our alleged hard-hitters of the season – let’s see how they stacked up to the hype. 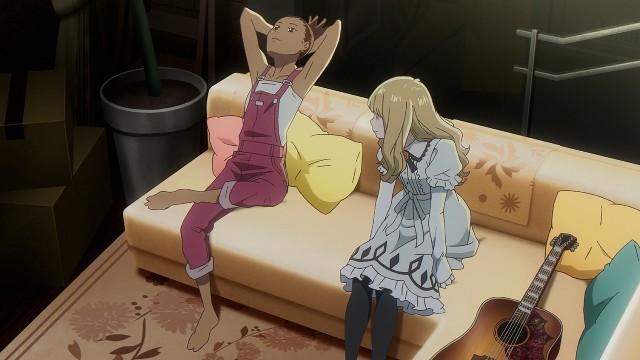 Carole & Tuesday is certainly one of the strongest debuts of the season, though granted, that’s not saying a whole lot given how the rest of the season has played out for me. I apologise if that sounds overly cynical – it’s just that, while Watanabe Shinichirou is an enormously celebrated director whose work I genuinely love, I’m anxious not to give any given show a pass simply because of the name(s) behind it. I want to watch anime because they’re good/enjoyable titles in and of themselves, not because I feel some kind of obligation as a fan to do so.

Now, there’s still a lot I’m unsure about with Carole & Tuesday, mostly because I feel no immediate connection with any of the characters as yet. I also can’t help thinking that, for a series set on Mars fifty years in the future, surprisingly little has changed about the world as we know it today, with Instagram of all things still apparently king of social media and the biggest technological advance being self-wheeling suitcases. That said, there’s just something about the presentation of all this that feels a lot bigger than what’s revealed to us in this first episode, so I can’t help but wonder if Watanabe is deliberately holding back for some reason. I don’t know why or in what way, but there’s a definite sense of wonder and anticipation in the air, and that naturally makes me want to stick around for more. Needless to say, this is helped along plenty by the lush production values, which are leagues ahead of anything else going on this season. Even if I’m a little underwhelmed by the musical aspects so far, the composition of some of the shots manages to make much of this up for me. Overall, I’d say this is a decent, albeit not amazing start to a show that has at least the potential for stardom. Whether it will actually get there is of course another story, but I’ll be eagerly watching to find out. 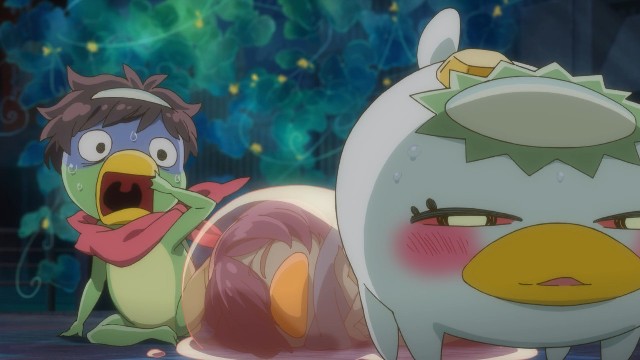 I’m not going to bother writing much about this one. Suffice to say I’m just not up to publishing an entire thesis revolving around elaborate metaphors and convoluted symbolism, and all the ways in which they play out via Ikuhara Kunihiko’s stream of consciousness narrative style. Look, I’m not claiming the guy lacks talent, or that he doesn’t put plenty of time and effort into his stories, or that they don’t look good. Far from it. However, I’m also not about to watch something I don’t enjoy simply to be able to meticulously dissect every frame in order to satisfy my inner elitist – and frankly, I didn’t enjoy this, for much the same reasons that I also didn’t enjoy Revolutionary Girl Utena or Yuri Kuma Arashi. I simply don’t have the energy for this shit, though I wish the very best of luck to anyone who does.

Question of the post: What are your thoughts on either or both of these shows? Given that they each have such big names behind them, were you surprised in any way by what they delivered?