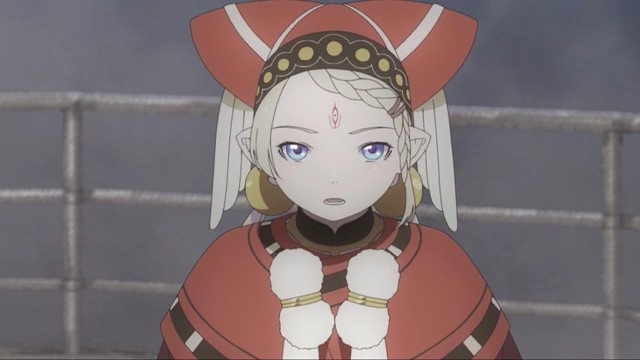 Two more shows down, probably not many more to go. 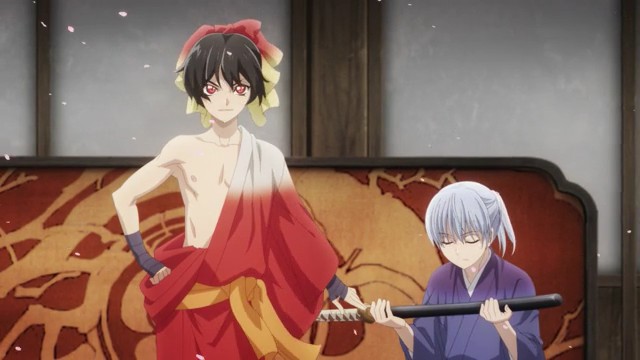 I honestly had trouble remembering most of what went on in this episode almost immediately after I finished watching. This seems very much in keeping with the feeling I get from the series overall – at least partly probably because I’ve watched so many anime about Oda Nobunaga at this point that they’ve all started blending together. To its credit, Wakaki Nobunaga differentiates itself somewhat by telling a story about Nobunaga before he was ever known by that name, although this doesn’t seem to add a whole lot of originality to the proceedings. The show doesn’t strike me as outright bad so much as utterly dull, from the dialogue all the way down to the bare bones background artwork. I will say this is certainly the girliest-looking incarnation of Nobunaga I’ve seen to date, and again, given the plethora of Nobunaga-centric anime out there, that’s sure saying something. Otherwise, I can’t think of a single aspect of Wakaki Nobunaga that makes it stand out this season. Even the die-hard fans of Sengoku Period-anime might have trouble getting excited about this one. 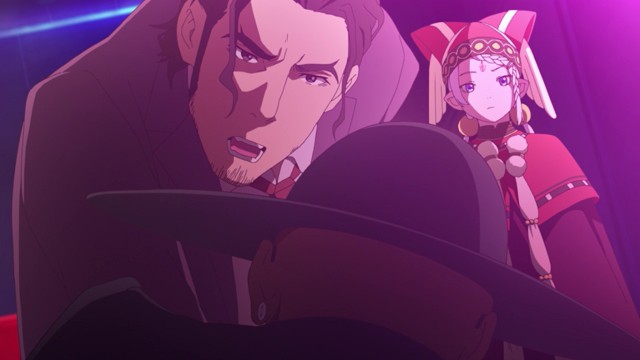 I’ve been seeing artwork from this title making the rounds for years now, so was curious enough to give the anime a go despite my misgivings about the potentially skeevy fanservice (which, I’m happy to report, does not eventuate, at least in the premiere). Unfortunately though, Cop Craft failed to captivate me for other reasons. It felt almost like I was watching two completely different shows smooshed together: on the one hand, a classic pulp noir story complete with hardboiled detective protagonist and crime-ridden, big-city backstreets; on the other, a parallel fantasy world inhabited by elf-looking ‘aliens,’ with their own language and aristocratic society far removed from any kind of earthly knowledge or customs. It’s a little too easy to see where the overarching story and character development is headed here – world-weary Matoba is going to learn to be a little less jaded and fight for real justice again, while his highly naïve yet imperious tagalong, Tirana, is going to realize that she and/or her own culture is not quite as superior as she’s clearly been raised to believe. Together, they’ll discover more about one another while uniting their strengths to survive the inevitable gang violence, criminal underworld kingpins and probably a surprise betrayal or two, just to ensure the obligatory surprise plot twist somewhere along the way.

It’s actually not a bad setup, albeit not really my cup of tea. I like film noir-style pulp fiction and I like urban fantasy, but in this case it feels like they’re sitting a bit uneasily together, more like a weird crossover than a single conceived work. Visually, I also think the series doesn’t quite have the chops to pull off the ambience it’s obviously going for. The backdrop very much feels as though it should come across as slick but gritty – that kind of ‘sexy-dangerous’ vibe so common to action/mystery-detective classics. Cop Craft lacks enough real bite for that though, and is perhaps trying too hard to achieve that kind of punch to actually get there. I don’t hate this, and I’m sure it’ll be a popular enough choice for viewers this season – it’s just not something that appeals to me on any personal level.

Question of the post: What were your first impressions of either/both of these shows, and are you planning to continue watching?