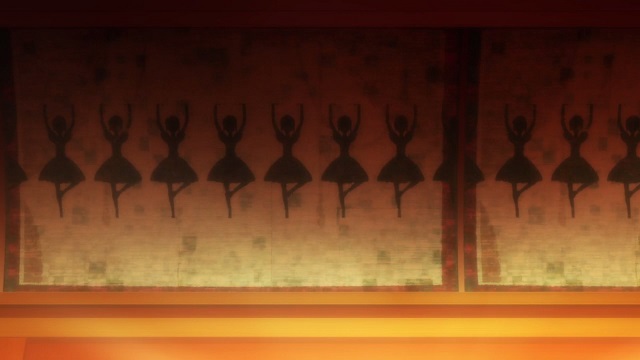 Magia Record feels like if this next instalment Madoka Magica franchise had secretly been directed by Sato Junichi (of Sailor Moon, Princess Tutu and Kaleido Star fame). And man, wouldn’t that have been something.

I’m really in two minds about this opening episode. Now I’m firmly of the belief that unless a show is a direct sequel to (and features the same primary cast as) the original, it should be judged entirely on its own merits, with little to no comparison in terms of rating to its earlier incarnation. The issue with Magia Record is that this is all but impossible. On the one hand, while definitely a sequel that I guess takes place in the same timeline (look, it’s been a while, and I never watched the films at all), most of the main characters are brand new and even the production staff are mostly comprised of different faces. On the other hand, there are so many call-backs to the Madoka Magica that you just can’t avoid making those comparisons even if you wanted to, from the return of Kyuubey to the nearly-identical surrealist art style.

And the problem is, I’m not even sure if Magia Record would work on its own as far as the story goes. You don’t need to be intensely familiar with the plot of the first Madoka Magica to appreciate the story here (I mean, I haven’t re-watched the series in its entirety even once since it came out), but I imagine anyone going in to Magia Record completely cold would be hella confused by the events taking place; having at least some prior knowledge of the franchise definitely feels like a necessity.

Moreover, as far as being a follow-up to Madoka Magica goes, Magia Record just doesn’t quite match it, in either quality or content. The former worked so well exactly because it was unexpected – it felt unsettling to watch, but viewers didn’t necessarily know why, and that’s what made it such a gut punch when shit eventually did hit the fan, so to speak. This time, viewers know precisely what to expect (not that Magia Record is going to any pains whatsoever to be subtle about its darker side), and that takes away much of its emotional impact. It would be like watching a perfectly decent horror or thriller movie for the first time if you nonetheless somehow knew every single plot twist and jump scare beforehand.

So overall, what do I think of the opening episode of Magia Record? It’s… fine. Not bad at all, just fine. And that’s probably okay. Just don’t expect to be surprised, pleasantly or otherwise.