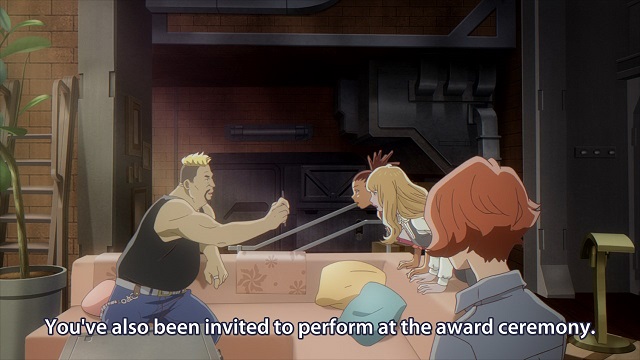 Welcome to the lucky seventh consecutive year of the AAA – the one-woman award ceremony where the tickets are free, the dress code is homeware casual, and the results are guaranteed to be as subjective as they come.

A brief explanation for those who may not be familiar with this series. Contrary to the title of the post, these awards are not for those anime titles released solely in 2019, but rather for shows released any time from the start of the spring 2019 season and finished airing by the end of winter 2020 – mostly because a) I get way too tired of scrolling through best-of lists in late December and early January to make this kind of post myself around that time, and b) there tends to be far fewer ongoing anime titles between the winter and spring seasons.

Only those shows that were televised, and that I watched right through to the end, are eligible for awards – so films, specials, OVAs, and any shows I dropped part-way through (or are still ongoing) are automatically out of the running.

And now, on with the show!

Generally speaking, while I do like BL anime, I also find it difficult reconciling my love of the genre with its fairly abysmal track record when it comes to some of its most prevalent tropes – namely, rape and sexual abuse being portrayed as sexy and/or romantic. To my absolute joy, Given not only steers entirely clear of this, but is a genuinely excellent – yes, excellent – show in its own right, and one that only goes from strength to strength with every episode. Comedy, romance, drama, you name it and Given does it both well and totally believably. Hell, even the music is good, and we all know how rare that usually is, especially (ironically enough) in anime centered that very thing. Episode 9 gave me actual goosebumps. 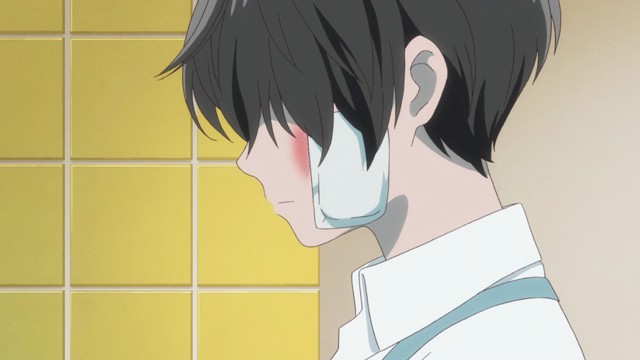 This title wasn’t originally on my watch list at all during its season – I have zero interest in soft tennis (or in any kind of team sport for that matter) and am not usually drawn towards sports anime in general. However, whatever happened to the series later on down the track, there’s no doubt episode 1 made a strong impression on me. I’m always up for school settings that don’t just stop at the kids themselves and their typically inevitable love life drama, so the complex family dynamics that the first episode of Hoshiai no Sora hinted at was great. More to the point, the way it took a suddenly much darker turn – not something I generally expect from anime in this genre – really made an impact, compelling me to watch right through to the end of the series.

The Blue Ribbon of Fabulosity (aka Best Character)

How exactly to describe someone like Noi and why exactly that’s deserving of winning this award is no easy task. Sure, you could talk about her recklessly carefree personality, the unique way she simultaneously embodies both highly masculine and highly feminine traits, or the way she’s always rearing for a decent fight, but this still doesn’t really come close to defining who she is. Suffice to say, I suppose, that in a series chock-full of weirdly charming serial killers and comradely hitmen with deadly quirks, Noi still manages to stand out from the crowd, whether she’s wearing a blood-spattered tracksuit and a gimp mask or tottering about in inadvisable high heels. Combined with her unquestionable loyalty toward her partner and cheerfully upbeat personality, she gives no fucks, takes no prisoners and eats with the best of them – what’s not to love about that? 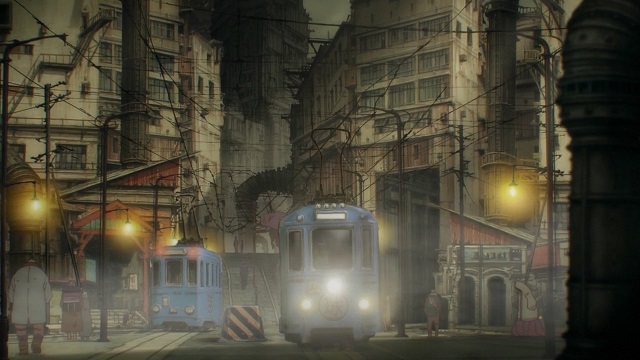 I never thought I’d be awarding this one to a show with an admittedly somewhat dubious (albeit certainly not terrible) mix of CGI and hand-drawn animation. On the other hand, maybe that part is even intentional – to render an already intensely unsettling environment even more magnificently creepy? The world may never know. And is that backdrop ever a beautifully horrifying one. It’s been a long while since I’ve seen this much sheer detail go into the background artwork of any anime series; a chaotic maze of gritty, run-down streets and buildings that look at once both vaguely futuristic yet at the same time trapped in an unchanging state of dilapidated decay. Of course, when you realise this urban hellscape was designed by none other than Kimura Shinji (Akira, Kekkai Sensen), it all makes total sense. The character designs are wonderful too – unexpected, unconventional, and entirely suited to the world in which they inhabit.

The First Miniature Crown of Swank (aka Best OP)

There’s just something inherently appropriate, yet intensely creepy (in a fun, not-taking-myself-too-seriously way) about the OP of Dorohedoro. Suitably titled ‘Welcome to Chaos’, it’s a wild, fast-paced rock track with visuals that look exactly like what I imagine an acid trip would be like. Did I accidentally eat that mushroom Nikaido tosses over her shoulder? The opening is even more unsettling for the fact that Nikaido herself, making gyoza as in the background, a mutant pet dog chases a fellow mutant cockroach around the kitchen, looks simultaneously cheerful and out of her damn mind – the meat-chopping sequence being especially disturbing to me. I honestly can’t think of any OP more fitting for a series like Dorohedoro.

The Second Miniature Crown of Swank (aka Best ED)

I feel a little guilty awarding Hoshiai no Sora this particular prize, given its bald-faced copyright infringement, but this issue was later resolved to (presumably) everyone’s satisfaction so… all’s well that end’s well, I guess? In any case, what’s not to love about an adorable dance sequence that adroitly showcases every character’s personality in the space of just a few seconds each, with every dancer lending their own interpretation (… or not, as it suits them) to the choreography? Heck, it even helps make the student council president more likeable. The song, too, is pretty catchy, in a cheerful pop way that doesn’t grate at all on the ears. I was sold immediately.

I actually have no idea who was in charge of the overall sound direction of the series, but whoever it was, they did good in getting Japanese rock legend Miyavi to play a part in it. This guy’s been active in the J-rock and visual kei scene since the late 90s, and I’m pretty sure he’s also immortal (though granted, he’s still only in his late 30s so it’s difficult to tell). Either way, he does a fantastic job with the ED – a well-paced hard rock track performed half (and very excellently) in English, and an even better job with the utterly ridiculous yet completely entertaining also-English insert songs – most notably like that of episode 4. I suspect only the people who watched up until that point and saw the whole strange action (?) sequence will understand my feelings, but suffice to say it was weirdly hype, hella fun, and just plain odd in all the right ways – much like ID:Invaded as a whole.

The Wooden Spoon of Shame (aka Worst Overall Title)

Ahh yes, the series that started off pretty okay and ended… well, just okay. I think one of my biggest problems with Carole & Tuesday is that, despite the fact that plenty occurred in terms of plot, it never quite seemed to go anywhere. Stuff definitely happened, but it was all executed in such an obnoxiously on-the-nose yet simultaneously bafflingly incohesive way that by the end of the series, I just felt vaguely confused and pretty dissatisfied. The music was another aspect of the show that didn’t come together at all for me, and overall felt disappointingly bland and uninspired (well, except for that totally inspired number in episode 9, of course). I’m not saying Carole & Tuesday didn’t have its moments, or even that the show itself was terrible. It just completely failed to live up to any of my expectations. 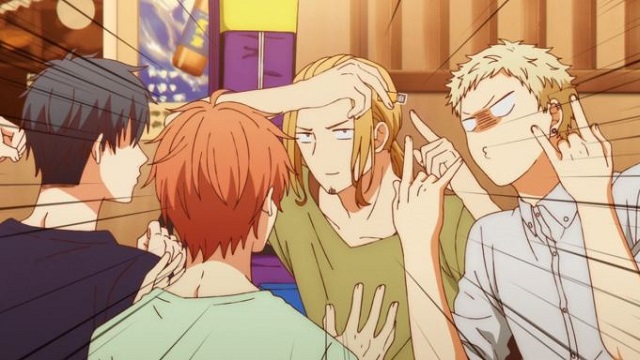 What can be said about Given that hasn’t been said already? Easily the biggest highlight of the entire anime year for me, I was pleasantly surprised by this show in pretty much every way – in fact, in that sense, you might even call it the antithesis of Carole & Tuesday for me (and a weirdly appropriate one since they both also happen to be music shows). While it took a couple of episodes to really kick into gear, Given started off pretty good and ended on a wonderful high that felt a) incredibly touching, b) remarkably realistic, and c) totally earned after the emotional ride the main characters went through to get there. A story that deals believably with the complex processes of grief, depression and of course, good ol’ fashioned teenage angst, heartbreak and new love, I can honestly say I finished the series feeling absolutely satisfied.

As always, to wrap things up, here are those shows that aired over the past anime year that I also completed watching but made no appearance in the above awards. I enjoyed all of them to at least some extent, so they should probably be considered more honourable mentions than snubs: Fruits Basket, Araburu Kisetsu no Otome-domo yo (O Maidens in Your Savage Season), Vinland Saga, Somali to Mori no Kamisama (Somali and the Forest Spirit).

Question of the post: Agree? Disagree? Completely affronted by my taste in anime? Sing out in the comments and let me know some of your own picks for these categories (or for any other category you care to make up on the spot).