No, very no, and absolutely not. 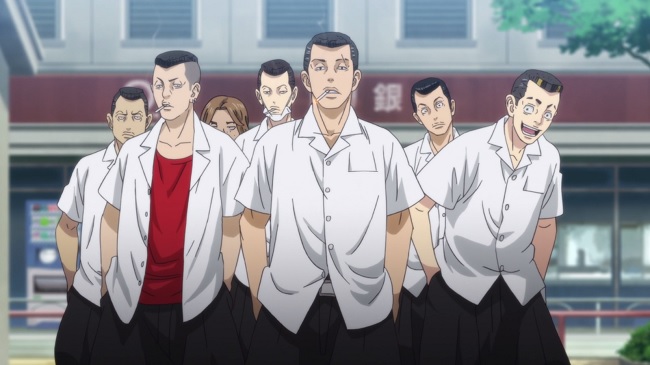 I’ll be honest – at first, I had a hard time telling whether or not this show was meant to be a comedy, or at least whether it aimed to be taken at all seriously. I came to the conclusion that it did, but only because of the lack of any particular appeal in the overly dramatic execution of a concept that’s been done plenty of times before by other shows, and with plenty more flair. The fact of the matter is, pulling off a decent time travel rescue story is probably much harder than it sounds on paper, and harder still to make truly unique given just how many times it’s been tried before. While I have nothing against Tokyo Revengers, there’s unfortunately little here to pull me in, or to suggest that it’s bringing anything terribly new to the table.

My biggest problem with the series is admittedly far shallower though; the character designs had me instinctively backing away as soon as I realized that present-day, working adult Takemichi, whose face is drawn like a middle school student, was supposed to be 26. Meanwhile, the rest of the cast, both past and present, look more like caricatures of their respective stereotypes than fully-fleshed characters. Maybe that was an intentional stylistic choice, but in any case, it lends the series the look of a Cromartie High School while being nonetheless played out with all the seriousness of Erased (albeit with far more in the way of action than mystery or suspense).

In short, this one’s just not for me, although I can see how it might work better for people with a bit more patience (and/or more of a liking for shounen action pieces). 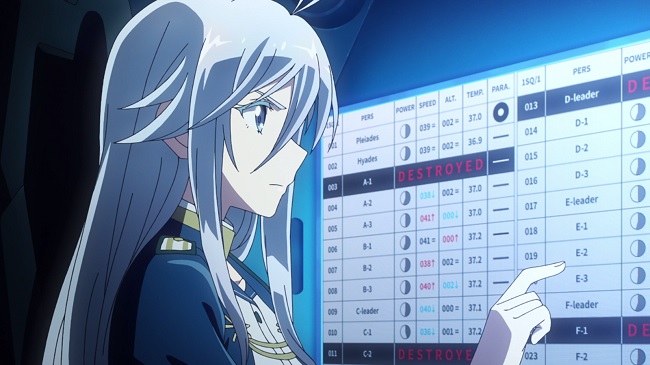 I’ll get the good stuff out of the way first: this series looks great. Sure, I don’t especially care for the character designs, but animation-wise, this is an undoubtedly good-looking show, and the premiere clearly put its best foot forward there. On the other hand, there’s… well, pretty much everything else.

First, this episode has a ton of dialogue, the vast majority of which is purely expository in nature. It felt like it just kept going and going and going, to the point where I actually hit the pause button to give myself a breather (only to find I’d only gotten to the 10-minute mark). It’s honestly exhausting to follow, and not at all helped by the fact that a fair amount of jargon is tossed in for good measure. Second, this is accompanied by several super-dramatic action-packed flashbacks and flashforwards, which unfortunately served to confuse me further since I’m not about to immediately memorize all the dates thrown up on screen for my benefit. Third, while I’m fully aware that these action scenes are obviously intended to inspire shock and sympathy, they’re so incredibly on-the-nose that I felt more inclined to roll my eyes than get emotionally invested. Indeed, there’s no subtlety to be found anywhere here. It’s clear that the series wants viewers to empathize with the main character, and that’s certainly not hard to do, but only because nearly all of her colleagues are literally drunken army dudes stumbling around using the most vulgar and derogatory of language to refer to their disposable counterparts.

Oh yeah, and fourth, it’s also pretty clear that “empathize with” is basically synonymous with “lust over” in this case. Lena’s military uniform is about the least practical thing you can imagine, complete with miniskirt, thigh-high stockings, and suspenders, of which we get several close-up shots (as well as of her bra in a clothing change scene) – you know, just in case we hadn’t already gotten the idea.

On the whole, it seems evident that 86 is targeted squarely at already-existing fans of the light novel – and given that a second season of this thing has already been announced, I assume there are more than enough of them to go around. Since I’m obviously not part of that (presumably teenage and male-heavy) demographic though, I’m happy to simply move on and forget I ever saw this one, which shouldn’t be too difficult.

At first, I thought it was just me and that I was being too overly sensitive/mistrustful, but the further I got into this, the further it became clear that there’s something implicitly predatory about the way our main character is presented. Watching her prance about in her overly cutesy Lolita-inspired outfit, often in her underwear, “adorably” knocking into things and endlessly apologizing in her incredibly high-pitched voice for her clumsiness and lack of knowledge, doesn’t only get tiresome, but progressively creepy. I’m all for experimental concepts and generally enjoy things that venture into supernatural, uncanny valley territory, but that’s only half of what Shadows House appears to be selling here. The other half is all about the pseudo-Victorian-inspired Gothic moe that puts most of its emphasis on making Emilyco, quite literally a “living doll” (allegedly), little more than an object to be fetishized by its target demographic.