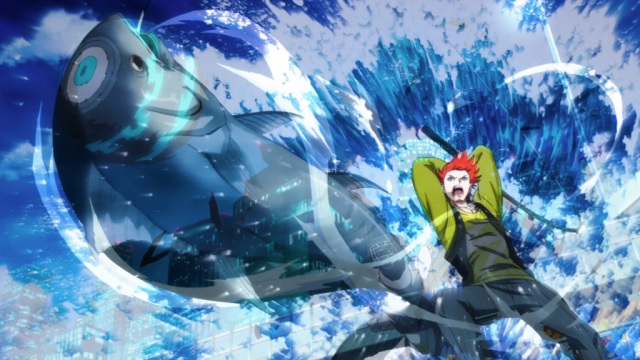 I’m making these first impressions brief again out of necessity, but short story shorter, I was fairly impressed with what Tribe Nine had to offer. It’s very dumb, but the top-tier, intentionally ridiculous kind of dumb that works for anime and more importantly, works for me. If you’re the kind of person who enjoyed last year’s SK8 at least in part because of how incredibly over-the-top and utterly stupid it was, and if you’re also the kind of person who enjoys baseball episodes in anime because they’re almost always the best episode, I can all but guarantee that Tribe Nine will be right up your alley. I could do without the wholesome, ganbaru-your-way-to-the-top theme that this show already seems to be pushing hard (c’mon, it would be better as an R-rated anime so that it include actual deaths and you know it), but other than that, this sure seems like the kind of thing that will brighten up my week. Sold.

Meh. There’s nothing really wrong with this that I can point to, but it’s also lacking a certain something that would enable me to get particularly invested. Maybe it’s just because I watched this immediately after Tribe Nine, maybe it’s because it’s another PG-13 show (albeit one that takes itself a lot more seriously than the former) that could just use a little more bite – whatever it is, this is totally fine but failed to pull me in. I was vaguely reminded of Dorohedoro when it came to the urban post-apocalyptic setting (and ‘shrooms), but that only served as a reminder that Sabikui Bisco wasn’t delivering quite what I wanted it to. I may or may not get around to watching a second episode, depending on how the rest of the winter season goes. Still two more shows on my radar to go yet.

Enjoy browsing my site? You can support Otaku Lounge by buying me a coffee!