Despite or perhaps even because of its prevalence in anime, the traditional sailor-style school uniform, or sailor fuku, is one of the more misunderstood articles of clothing out there, particularly by those viewers who may watch anime only now and again or have little to no direct knowledge of Japanese daily life. I must admit, even as someone who consumed anime voraciously prior to my actual move to Japan, I was still surprised by some of the things I discovered firsthand, especially when it came to things like school-specific rules around sailor fuku and what students could/could not get away with. END_OF_DOCUMENT_TOKEN_TO_BE_REPLACED

Back in 2014, inspired by an earlier piece of writing about gender inequality in Japan, I made a post detailing 10 female anime directors and some of their work – this in response to the fact that a total of 16 anime titles were directed by women in 2013, the highest number up until that point. In 2016, the number of anime titles directed by women again hit 16; a figure that seems to have remained roughly the same in 2017 and 2018.

While still depressingly low, as the number of anime titles being released each year continues to rise, so too are more female staff given a chance in the director’s chair. So without further ado, here are 10 more women anime directors to watch out for. Names are listed in no particular order – and remember, if your favourite female anime director isn’t here, she may well be among those in my previous list! END_OF_DOCUMENT_TOKEN_TO_BE_REPLACED

Prostitution may be (technically) illegal in Japan – it has been since the 1950s – but the sex industry itself is very much alive and kicking. Want to be chatted to by beautiful women or pretty boys over some pricey drinks? The hostess and host clubs have you covered. Feel like being bathed by an attractive lady who uses her naked body to apply the soap? No problem, that’s what soaplands are for. Got a highly specific itch you want to scratch? Get your cosplay and setting fetish needs met down to the last detail at an image club. Some institutions are a bit odder or less infamous than others, however, and Japan’s sex industry is in many ways quite different than it was in the 80s, 90s, or even early 2000s. END_OF_DOCUMENT_TOKEN_TO_BE_REPLACED 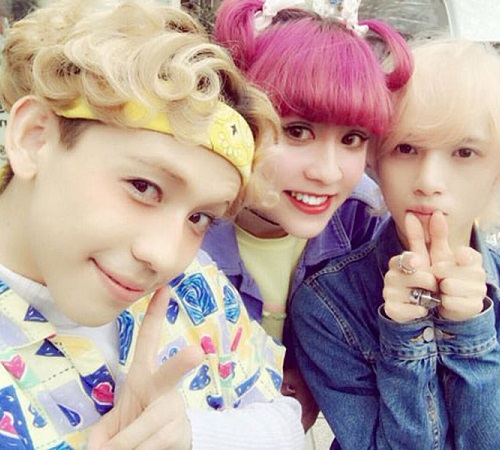 It’s been a long time since I last posted anything on Japanese street fashion, and of all the fashion-focused articles I have posted here on Otaku Lounge, all but one of them have been concerned primarily with women. After all, the vast majority of Japanese street fashions and subcultures have traditionally been dominated by female-centric styles: lolita, gyaru, mori girl, and plenty of others. Genderless kei – whose male participants have been gaining the lion’s share of media and fan attention – is changing that landscape. END_OF_DOCUMENT_TOKEN_TO_BE_REPLACED

In a previous article here on Otaku Lounge discussing gyaru street fashion and subculture, I made brief mention of something called ‘enjo kosai’ – translating roughly to ‘assistance relationship’, but probably better understood by the term ‘compensated dating’. Today I’d like to expand on this by taking a brief look not only at the background behind the term, but also how it’s been viewed by Japanese media and the general public. END_OF_DOCUMENT_TOKEN_TO_BE_REPLACED

The all-female Japanese musical theatre group known as the Takarazuka Revue could perhaps best be summed up as ‘restrained’, ‘subtle’, and ‘understated’ in style. END_OF_DOCUMENT_TOKEN_TO_BE_REPLACED

My last street fashion-centric article for Otaku Lounge being on Japan’s lolita subculture back in October, I thought it might be time for a look at another trend, and one which might even be considered by some as the antithesis of lolita fashion at that: the ever-evolving gyaru style. END_OF_DOCUMENT_TOKEN_TO_BE_REPLACED

A few comments in response to an earlier Otaku Blog post of mine about gender inequality in Japan prompted me to think about how many women work behind the scenes in the anime industry… the short answer being, depressingly few. Even fewer are the number of women involved in the industry who take the leading role in directing; a brief internet search will tell you that prominent figures within this business are almost exclusively men. END_OF_DOCUMENT_TOKEN_TO_BE_REPLACED

I love a lot of things about Japan – I wouldn’t have chosen to live here or write about it if I didn’t – but gender equality (or rather, the lack thereof) isn’t one of them. END_OF_DOCUMENT_TOKEN_TO_BE_REPLACED